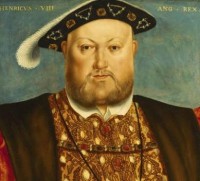 Big Henry is just that! At six months, he clocks in at 19 lbs. 7 oz, 25 and 3/4 inches long, with a head circumference of 45 cm. This means he’s a little chubby for his height, but I’m guessing a growth spurt is coming on since he hasn’t stretched out much from his 4-month measurements. Compared to Finn at 6 months, Henry is 1/2 pound lighter and a little over an inch shorter, but his noggin is slightly bigger.

He was an absolute dream at Dr. S’s office and was quite flirty with the cute nurses. He only squawked for a second after his shots, then we sailed home in the Ocho so he could load up on cereal and milk. Dr. S. thinks we can start weaning him off the Zantac now, and start offering him water in a sippy cup after he eats solids. We’re still waiting for an appt. with the pediatric urologist so we’ll keep him on the antibiotics until we know more.