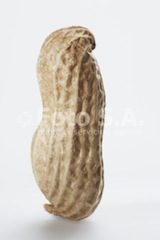 Drumroll, please! Henry Seamus Nack turned 8 months old today. He kicked off his celebration by snacking on his first fistful of Cheerios and cracking into a Yo Baby banana yogurt. (Which, based on his intestinal distress later in the day, seems not to have agreed with him very well.)

In addition to taking on Cheerios, we’ve been introducing more “table food” like rice, guacamole, and banana pieces. He gobbles them all down happily and waits impatiently for the next bite. I think he’s teething again because he’s drooling like crazy and chewing on anything he can get his hands on.

Physically, he’s been making lots of progress. He’s an avid practitioner of what we call the “Judo CHOP!” This is where he raises both tiny hands then quickly blasts them down to his waist and does a little grunt at the same time. We tend to see it when he’s excited about something–food, new toys, grabbing my sleeve and shoving it into his mouth…He’s sitting up like a champ, and as he reaches for things just beyond his wingspan, has started to roll onto his tummy. At which point, after getting over the initial bewilderment of being on his tum, he either gets mad because he’s not sitting anymore, or rolls over to his back (the better to see those scintillating light fixtures!). He’s babbling–he’s entering his Dadaist period (dah! dah dah dah!) and is also working on “ma ma ma” and “va va”.

He continues to be fascinated with and amused by his big brother–especially in the bathtub, where there’s a lot of splashing and laughing. For his part, Finny has taken to intoning “No, NO, Goon-IE” when Henry’s taken something he was playing with. All in all, it’s a good time to be Henry, and based on the number of big grins accompanied by his twinkling little eyes, he seems to be enjoying himself.