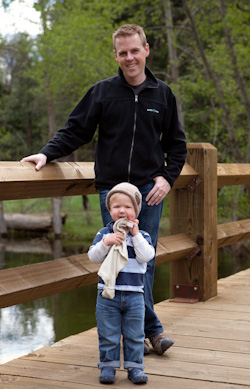 Without further ado, here’s our second installment (HTML) of Yosemite park photos. I hope the ghost of Ansel Adams will forgive my hammy black & white attempts!

In addition to the photos we took, we’re really eager to see some shots from the pro photographer Margot commissioned to snap some family portraits. She captured Henry exploring some flowers, plus Finn hanging out in his beloved “meedgit hole” (more on that later, maybe), Leo getting to know Patrick’s Pup, and more.

One reply on “Exploring Yosemite, Part 2”

Great pictures of your adventures in Yosemite!!