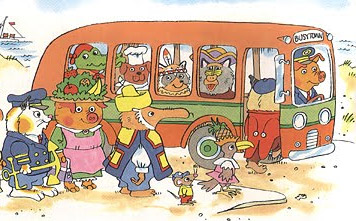 Over the last few months, we’ve been charmed that Tyler (our little Tuesday-Thursday babysitting pal) has been calling everything “Bus!!” Living in San Francisco, he’s quite taken with the big busses that rumble past, and he calls anything vehicular (little toy shopping carts, garbage trucks, walkers, whatever) “Bus!”

Little Henry’s become quite the impressionable little myna bird, so now he goes around saying, “Bus, bus!!” If I’m holding him and he catches sight of our Richard Scarry Cars & Trucks book, he lunges sideways and paddles the air like Michael Phelps until I let him down to paw the pages. “Bus, bus!!” Good times all around. 🙂 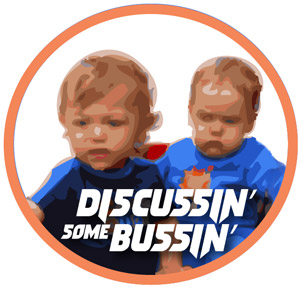 One reply on “Busmen Holidays”