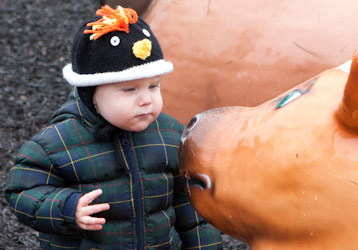 One reply on “Gettin’ Buffaloed”

so glad they had fun at our ould stomping grounds! Is the playground new? Love Hen’s hat! 😀