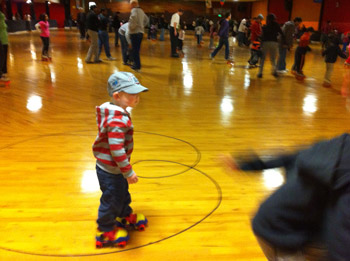 On Saturday the guys and I took our lives (or at least our wrists & butts) in our hands and headed to a nearby roller rink. As Margot was busy with her half-marathon training, I wasn’t sure I could wrangle the guys on my own (on skates, no less!), but I’m glad we gave it a shot. Little pals Bettie, Quade, Cyrus, Hazel, Dillon, and Rachel, plus some little sibs & their parents, were in attendance, and we ended up having a ball. 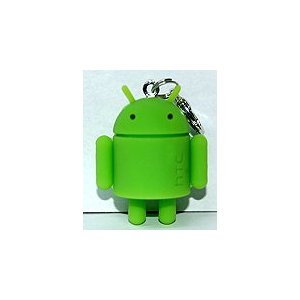 The onslaught of verbal creativity at the Nack house continues to pick up steam! Both boys’ abilities and imaginations are really blooming this spring.

Henry has started to truly enjoy being read to, and has abandoned his old practice of bailing out halfway through a book (or even a page). Most of the time he hangs in there for the entire story, although periodically he’ll grab the book and try to shut it with a pre-emptory “The End!” His top two book requests are: “Moo! Moo! Brown!” (Seuss’s Mr. Brown Can Moo, Can You?), and “Seaside?!” (Calling All Engines, a Thomas book that includes references to the seaside). Henry’s also starting to string together phrases, and every day adds at least one or two to his repetoire, which includes “Hello…Finny!”, “Mom-o’s yogurt”, “Dad-o hold you?”, “Bye bye doggie!”, “Come on, Finnster!”, and “…like it!” (which actually means “I don’t like it.” A favorite at meal times.)

For his part, Finny keeps cranking out comic gold. After climbing up a little climbing wall and sliding down its adjacent slide, Finny declared “Now I’m really a rockstar!” At snack time yesterday, he dutifully noted “I’m really wolfing down these nuts!” He has started calling his brother Henremius (apparently the ancient Roman version of Henry), and has dubbed the little Android-branded robot toy, pictured above, “The Italian.” Not to mention his ongoing fascination with pirates and their names. He is Blackbeard, so he’s appropriately dubbed me “Curlybeard.” At bathtime, the whole family becomes a horde of Bubblebeards! And apparently his new method of grooming involves “polishing” himself with “slop” (aka spit). He is also quite opinionated these days…After being assured that John’s drink at Aqui was juice & not a margarita, he smiled & opined “I think it’s a margarita.”

I swear, we don’t make this stuff up! It’s straight from the birdmens’ mouths!

Henry, peeking at the park this morning. 🙂 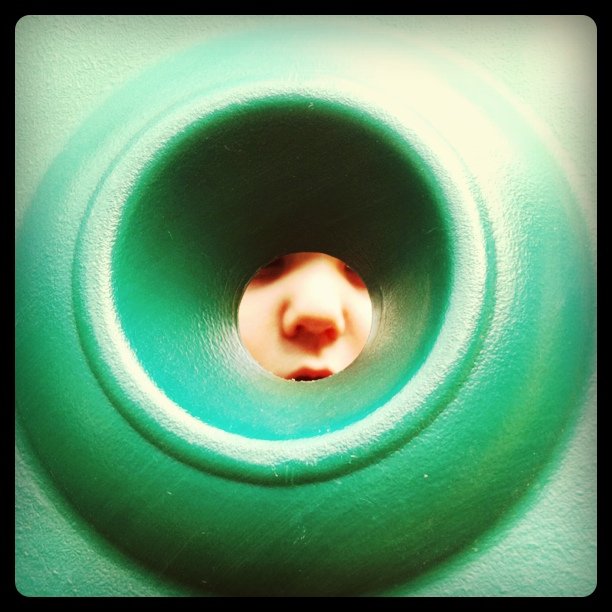 And just for historical fun, I’ll re-share what is probably my single favorite kid video ever, taken when Finn was 18 months old: 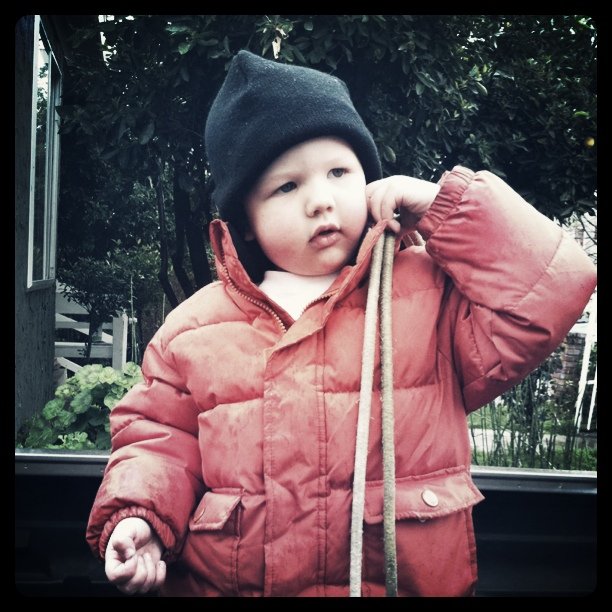 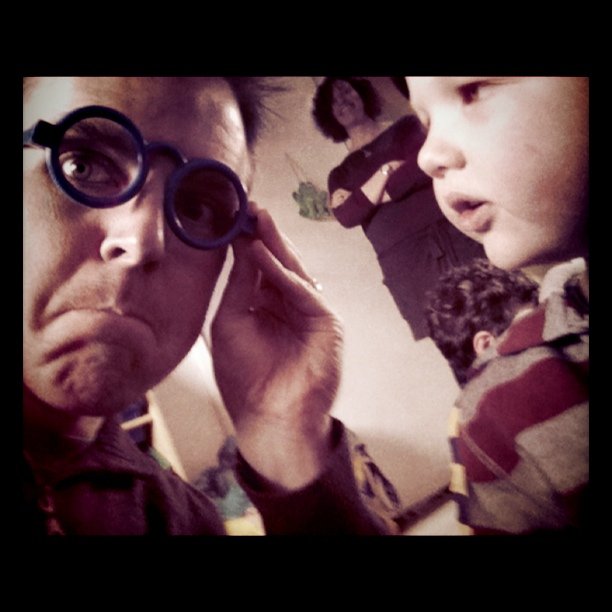 Señores & Señoras, “El Segundo” would like to wrestle you now! 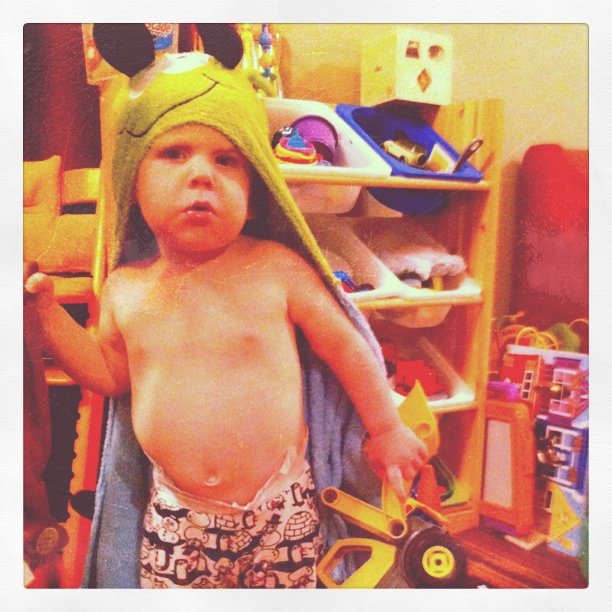 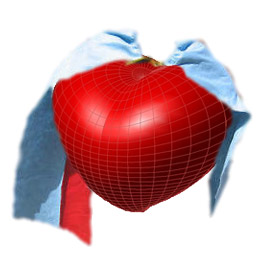 Margot kids me for my “grandma stylings,” slinking around the house with a blanket over my shoulders. Finn spied me like this on a recent cold morning:

Heartwarming & leg-warming, all at once. 🙂

And now, a scene from the bathtub the other night:

Here are the lads this morning:

Henry & Grandma Nack enjoyed playing a little peekaboo during our visit to Happy Hollow. I just wish I’d been a little quicker on the draw & that you could more easily see & hear his cackling. 🙂

We had a terrific time celebrating Finno’s Big 3 a couple of weeks back, and now that the sugar crash has worn off, we can post our little photo gallery and a video from the birthday train ride! 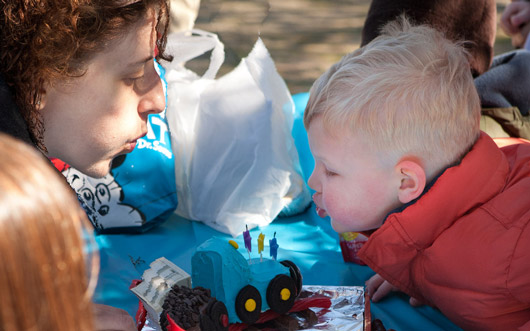 I interrupt our regular lad reportage to mention how proud we are of Mom-O & her ongoing race training! Today she blazed through the Go Green St. Patrick’s Day Run in nearby Los Gatos, en route to walking a half marathon on May 1st. Way to go, P! We’re so proud of you. (And thanks, by the way, to all our great family & friends who’ve contributed to Margot’s ongoing fundraising efforts on behalf of the Leukemia and Lymphoma Society!) 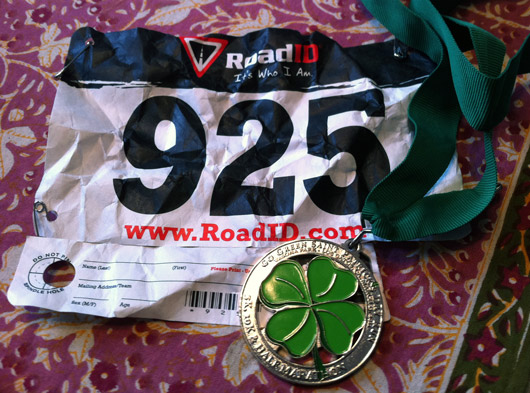 The lads model some headwear at the local Puma store. 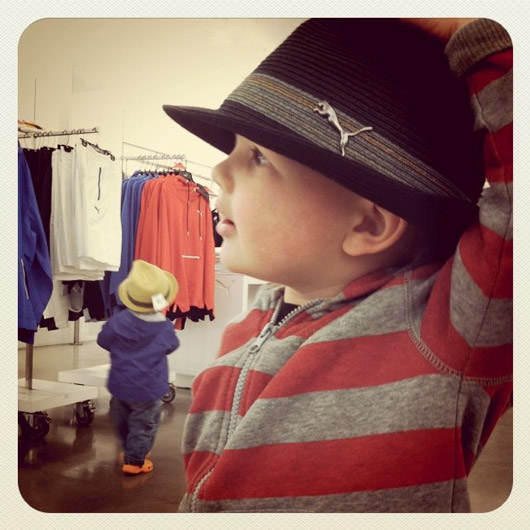 A small boy explores his pockets & some flowers. 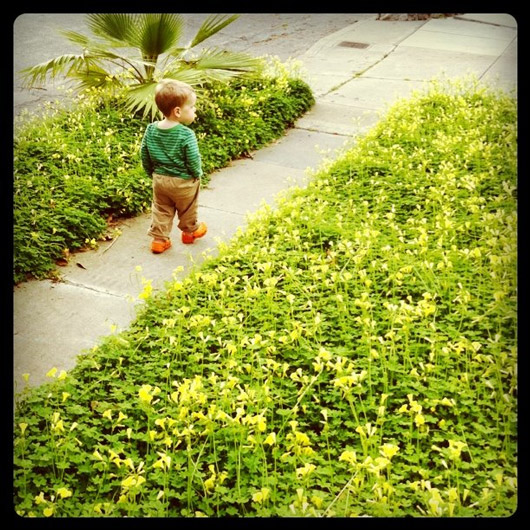 When the guys spied the Happy Hollow carousel, Henry instantly did his “pitch horizontal in your arms & do the breast stroke” routine saying “Horsies! Gato! Touch it!!” And so we did, having a blast all around (no pun intended).

We have a long, proud, and hilarious tradition of “meedgit houses“–grown-up leg prisons used to ensnare hapless & guffawing kids. Just as I battled my dad thirty-odd years ago, Finn tested his strength when my folks arrived: 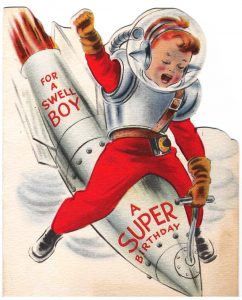 Our blond, sunny, hilarious little Finnegan turns 3 years old today! We can hardly believe he’s gotten so big, so talkative, and so imaginative. His head is always filled with characters and made-up stories, and he couldn’t be happier to share them with us. He’s also a terrific big brother to little Henry–offering him toys or books when Henry’s upset or grouchy, and working hard at sharing and taking turns with his toys. As Henry gets older I hope he realizes what a nice, caring big brother he’s got.

I started the day by greeting Finny with the Happy Birthday song, then we opened presents from Grandma and Grandpa Liggett. He is already in love with his new toy lawnmower and weed wacker (specifically requested by the birthday boy!), although he and Dad-o had to make a fast trip to the hardware store to get batteries and a tiny screwdriver so the weed wacker would fire up and make all the appropriate noise. (We have umpteen tiny screwdrivers, and all of them lost the minute we need them!) Henry was not thrilled about not getting to play with the new lawn toys, but we’re hoping he’ll either get over it, or eventually Finny will decide that sharing them is ok.

Tonight we’ll take our boy out to have pizza and open some more presents. His birthday party was this past Sunday, and with Grandma and Grandpa Nack here, every day has been an adventure!

Happy birthday to our wonderful firstborn boy. We couldn’t be happier to have you in our lives!

[The OSH staff seemed delighted by the presence of a PJ-clad tot dragging milk, banana chips, and a toy weed whacker through their hardware store at 7:30am. And as for sharing, Grandma & Grandpa report that Finn was great about letting Henry terrorize the grass with the new toys. When I got home they couldn’t wait to show me “how nice the yard looks!” –J.]