From very early on Margot & I have noticed Henry being a weirdly strong little kid, giving powerful hugs & often trying to climb up things like sinks. Now he’s taken a shine to pulling wagons–often alongside Finn, but just as often containing Finn. One recent evening each one grabbed a wagon & hauled them all the way to the park (nearly half a mile away), and the other day Henry managed to pull Finn some chunk of that distance on his own. Check out the brawny man in action: 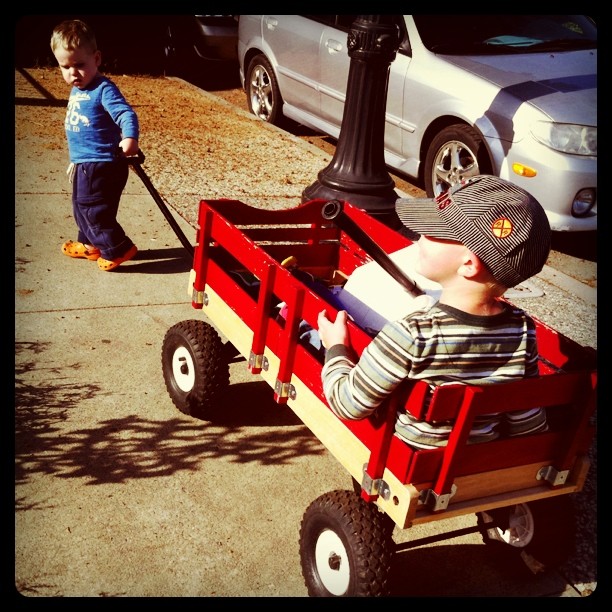 Now that is impressive! He’s going to give Richard Sandrak a run for his money!

We need to get Henry and Tegan together for feats of strength. I wouldn’t mind a wagon ride…

Good looking and strong? This kid is going to go places!