The Finnfatha continues to try stretching his verbal muscles. I’m totally charmed by his sometimes goofy-sounding attempts at sophistication:

Good times over the last few months with the big guy:

We keep collecting random Micronaxx bits via Twitter, and I realize I haven’t shared any in months. Here, then, is a sample set from the G-Man:

*I learned later that Margot had responded to the peeing with a sarcastic, “Oh, that’s awesome.”

“How sharper than a serpent’s tooth it is to have a thankless child.” — Shakespeare
“How sharp are G-Man’s teeth under that blanket??” — Dad-O

Clearly I brought it on myself. 😉

At lunch yesterday my friend Iván, father of a 1-year-old girl, remarked on how she’s uncannily similar to him in her mannerisms–things she hasn’t been taught & almost couldn’t have observed. When his mom sees her granddaughter pout or make certain faces, Iván says, she says “It’s you!!”

Our guys can be similar. I’ll sometimes catch Henry chewing on his knuckles or forearm. “I’m not eating my arm!” he’ll declare, but guess what? It’s just like my weird habit (which I caught myself doing while writing this post!)–and my dad’s for that matter.

Finny, meanwhile, has taken a keen interest in his often banged-up feet. “Check out my blood toes!” he’ll crow. Taking off his Crocs he declares, “A flock of blood toes is on the loose!” Offered some itch-busting eczema lotion, he shakes his head: “I’ll just play with my blood toes.” Let’s just say, the old man can relate. 🙂

When I asked Margot if she thought the boys mirrored any of her mannerisms, she had to think about it for a minute. “Oh yeah,” she said, “Finny’s definitely inherited the ‘I’m ready to go home now’ declaration from me.” (A rather well-known story about 2-year-old Margot concerns her wandering out into the middle of a grown-up Christmas party with her mom’s purse, finding her mom, and very definitively indicating she was ready to leave. NOW.)

Oh yeah, and there’s the stubbornness that both boys evince pretty frequently. We have no idea where they get that…! 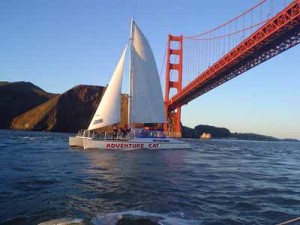 Despite our clear wishes, Finn loves shoving bits of fuzz up his nose–or should I say, he loves having Leo do it. For months now Finn’s claimed to be our ally, advising us, “I keep telling that crazy Looen not to keep shoving stuff up there, but he just really likes to do it!”

Meanwhile Leo has become fast friends with Menace (short for “Bushy-Tailed Menace”), Finn’s little chipmunk from Colorado. Leo drives Finn’s “Massive Crane” while Menace sits in the operator’s cab. As they’re a really professional crew, Finn tells us “They even have little [company] jackets.” (I’ve gotta get to work in Photoshop making those happen!)

Anyway, long ago we used to have big fun passing little objects through a knothole in Finn’s floor, sending them down to the basement & then back up. Finn’s big-guy bed ended up over the hole, so it’s been long forgotten. During a bedtime story the other night, I said that Menace had flown up in the air, gone down a crack, and ended up in a mysterious area: Under the bed! In the story Leo & Finn headed to the rescue and discovered (cue dramatic music) the hole!

“Raarh,” said Leo. “That looks like a great hole for stuffing things into! It’s like a nostril in the floor!!”

And do you think it was “game on”? Because oh yes, it was on. 🙂 Ever since then Finn (or rather, Team Leo) has been enthusiastically driving the crane under the bed, then lowering its hook down into the basement. I came home yesterday to discover that Finn had arranged a step stool to facilitate hooking on cargo, and that now a fuzzy toy chicken was swinging freely around the basement! “Mom-O asked if this was a chicken-swinging factory,” he reports, “and it is!!” 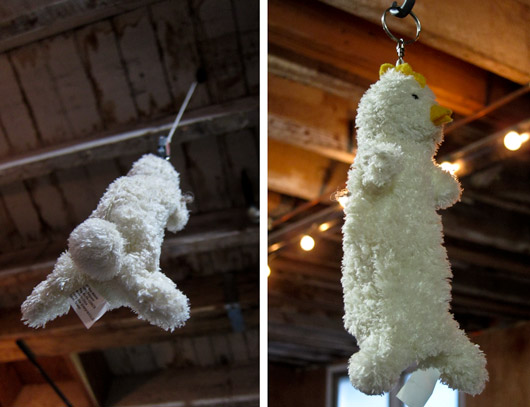 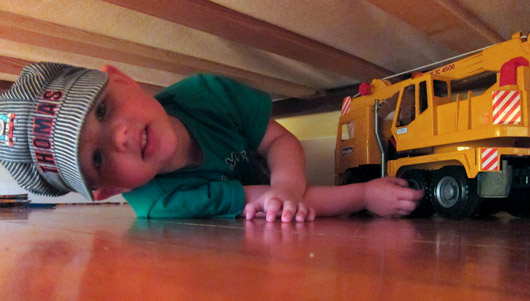 When I went to capture the action on video, I told the guys that Grandma & Grandpa would love to see it. As you can hear in the clip, Henry was sure we’d see G&G on the camera itself, so afterwards we fired up the iPad for some quick video chatting with my folks. What a neat way to show them a little slice of the guys’ lives!

PS–As the story continues, Leo & Menace stuff tons of popcorn down the hole. When they go to the basement to see the resulting “corn cone,” the neighbor cats scratch at the window, then *burst* through and spray corn everywhere. The boys then each grab a gato (Finn taking the fatty, Hen the smaller one), flip them upside down, and sweep with them like feather dusters. They kickstart the cats’ “motors” via their tails, then use them to suck up all the corn. Vrooooom!!

And now may we present The Sheer Joy of a Very Young Boy Blasting Himself in the Face with a Hose. 🙂 Here’s the gallery. 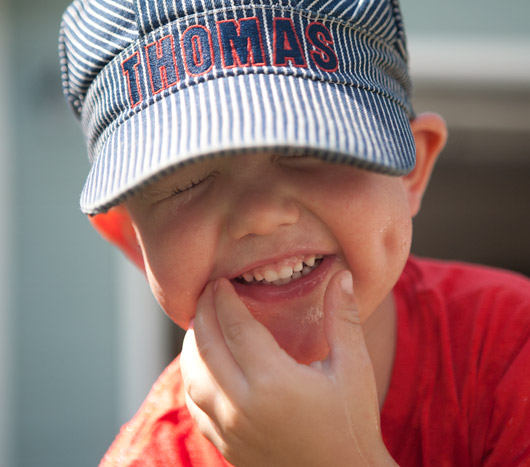 G-Man tries on some warm-looking headwear at the Santa Cruz Beach Boardwalk yesterday. (We had a blast playing in the sand & sea, but boy it can be unexpectedly chilly over there.) 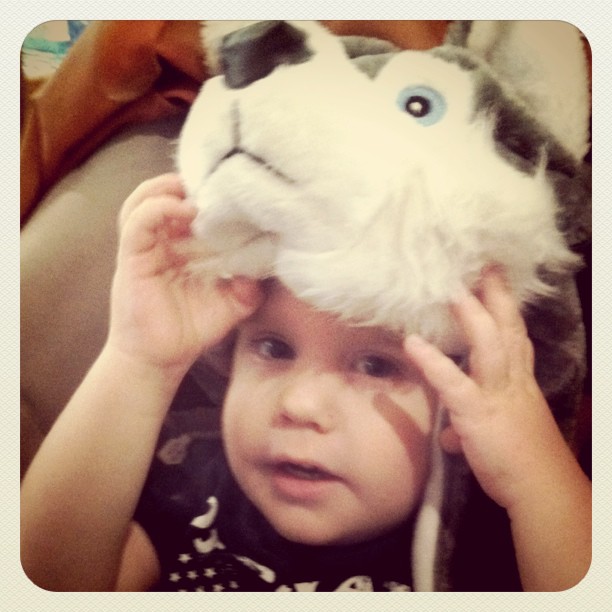 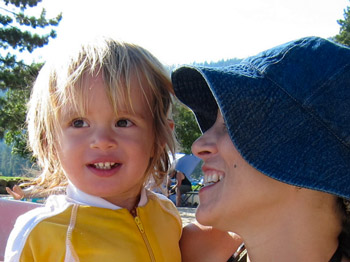 Oh, Henry: Might you ever get a haircut *without* becoming a hysterical bucking bronco? The little guy keeps flipping out (almost literally) in the barber’s chair: “I don’t like the bee!” (buzzing clippers). Ah well: at least he finally wore himself out yesterday, making his post-chop sucker all the sweeter. 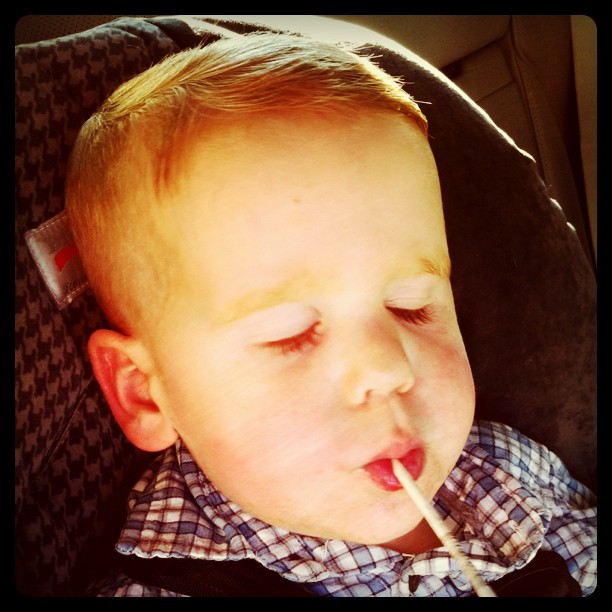 On Saturday the lads & I got down & (very) dirty at Rancho San Antonio, checking out old vehicles (“Not zooming,” notes Henry; “Non-zooming,” corrects Finn), trails, and animals. Having learned where bacon comes from, Finn dubbed a pair of hogs “Makin'” and “Fakin’.”

A wiser, more discreet father would’ve probably edited out the middle section of the clip above; unfortunately you’re stuck with The Nack Daddy & his inner 3-year-old. ;-p

You know the famous dance troupe Stomp, the guys who make music with all kinds of trash cans, buckets, etc.? We think Henry is auditioning. 🙂 (For some reason Finn gets an almost insane kick out of this clip, asking to watch it over and over again.)

We’ve been making the most of our warm weather & remaining long days, partying in the back yard. Lots of water is getting passed around (“Octoberfest isn’t going to prep for itself,” G-Man seems to say), and the guys like to sneak into a little nook near the back stairs. “This is my secret muffin-eating area!” declares Finn. 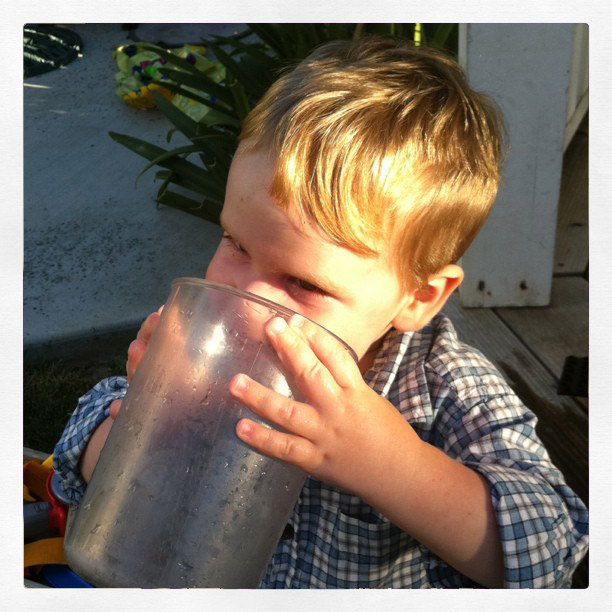 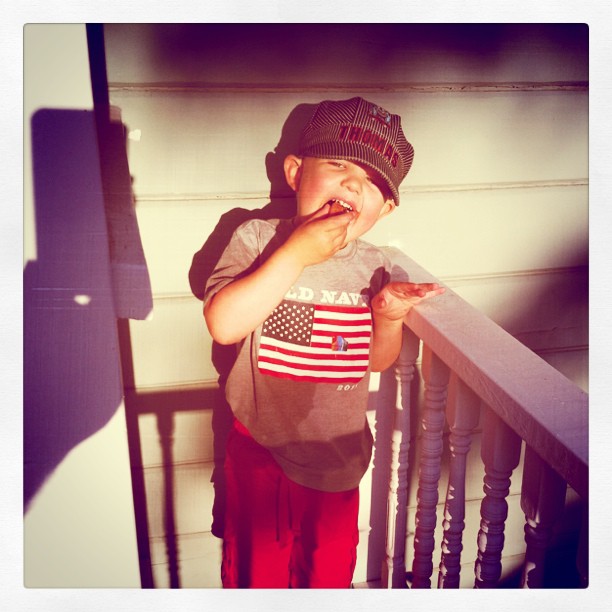