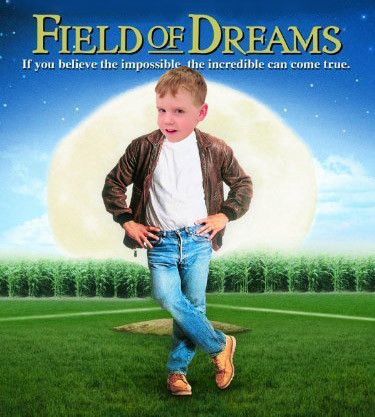 Our colleague Steve Ross ran into Henry at Pasitos the other day & sent us this report:

When he saw me, he started up a conversation in which he remarked on how Finn is enjoying kindergarten. He then told me how, that same morning, he and the other Pasitos kids had gone to a park. This wasn’t just any park, however, he explained. This park apparently had a dead baseball player buried in it. Henry proceeded to tell me that were I to go there, with some magic powder, and then sprinkle it on the grave, the baseball player would rise up and be alive again, ready to play ball! This stuff is amazing! He then completely switched it up, turned to an older lady (someone’s grandma?) standing next to me and told her that he had a bunch of smoked salmon at home.

You keep it weird out there, little buddy. 🙂