Is it still a conspiracy theory if you know they’re out to get you?

The boys have started to delight in (hilariously loudly) whispering little plots to one another, generally having to do with some pending attack on Dad-O or gambit to score forbidden treats. Here, after they’d twisted my arm into buying them some Taco Bell schlock, I overheard Finn whispering, “Hey Henry, let’s pour fiery sauce into Dad-O’s brain to make him go bananas!” In a similar vein they’ve taken to attacking my “six” (aka butt—”six” being fighter pilot shorthand for one’s six-o’clock position). Most amusingly, when I bust them (to their delight), they invariably claim, “Oh, we’re just talking about gummi bears & tasty snacks.” Snacks, my butt! 😉 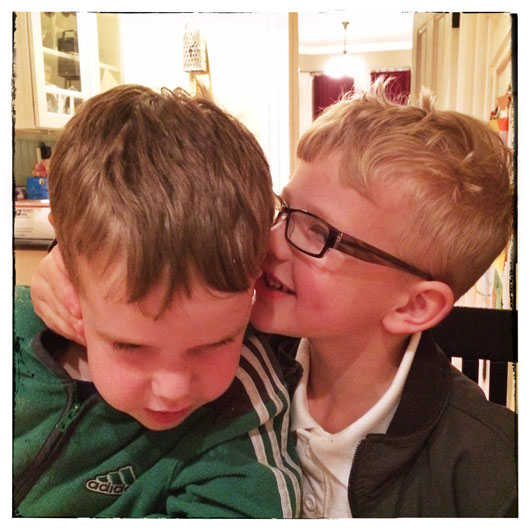