The boys have been enjoying the heck out of the pool in Cabo san Lucas, to the point that I can barely type this with my pruney fingers. 🙂

Mom-O had the great idea to buy them each a little Lego set that we could take with us & build while on vacation. Henry’s is particularly perfect as it features a Coast Guard diver & boat. That’s perfect until, of course, a tiny part (specifically a translucent blue diver’s mask) disappears (against a blue tile pool floor). Henry’s loud wails that “I’ll never be happy again!!” attracted the attention & help of a nice group of moms & dads visiting from Iowa without their kids—and luckily Dad-O’s probing toe saved the day. Balance was restored to the universe, and while the boys play the grown-ups have been enjoying chats with a cool older couple from Southern Cal (Berkeley grads who served in the Peace Corps in Afghanistan).

Here’s a little gallery showing the happy squirts in the water.

Check out the gallery from our most recent Pasitos camping adventure! We went to Mt. Madonna with Henry’s preschool buddies and their families. Happily, Pasitos “alumni” like Magdalena and Finn were also in attendance – and everyone had a blast. Everyone was excited about hiking, arts and crafts, games, cookouts, sleepovers, singing and s’mores around the campfire.

This weekend marked the annual gathering of super-creative folks of all stripes, called Maker Faire. For those of you who’ve never gone, it’s definitely a must-experience! It’s billed as The Greatest Show and Tell on Earth, and it’s like a tw0-day science fair crossed with a county fair, with a bit of performance art thrown in. Or for those of you familiar with Burning Man, it’s like a smaller, less dusty, less expensive Burning Man. Exhibitors and participants come to celebrate creativity in all its forms, and share all of the fantastic things they’ve made. Some are there to help you figure out how to make your inventions a reality! There is always so much to see and do, and it is a total blast for both kids and adults. It really gets your creative juices flowing.

You can take the boys out of Illinois but you can’t take the Illinois out of the boys. 🙂 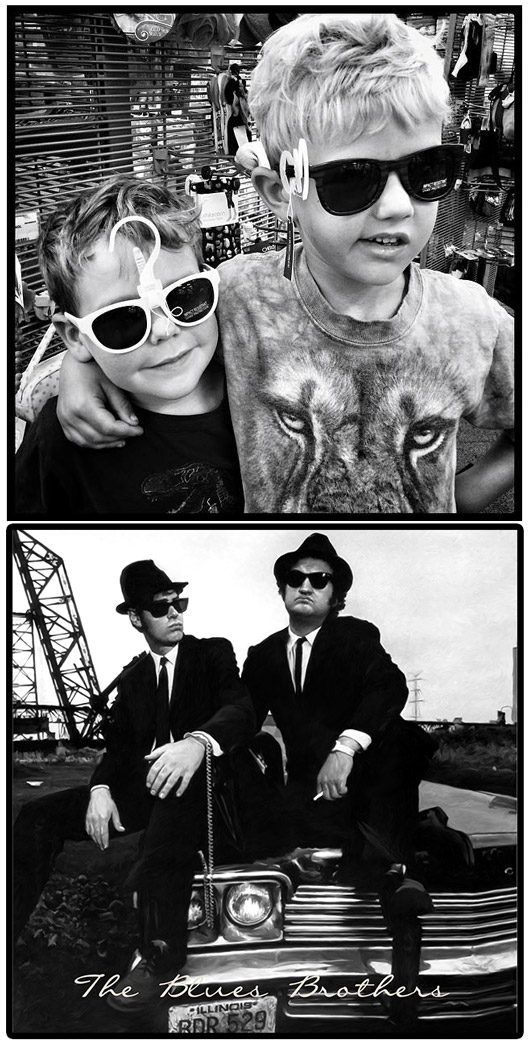 Our friend Donna spotted the dour little gent below in a book today & was reminded of Mr. Henry “I’ll just use my frown as a hat” Nack. I can see why! 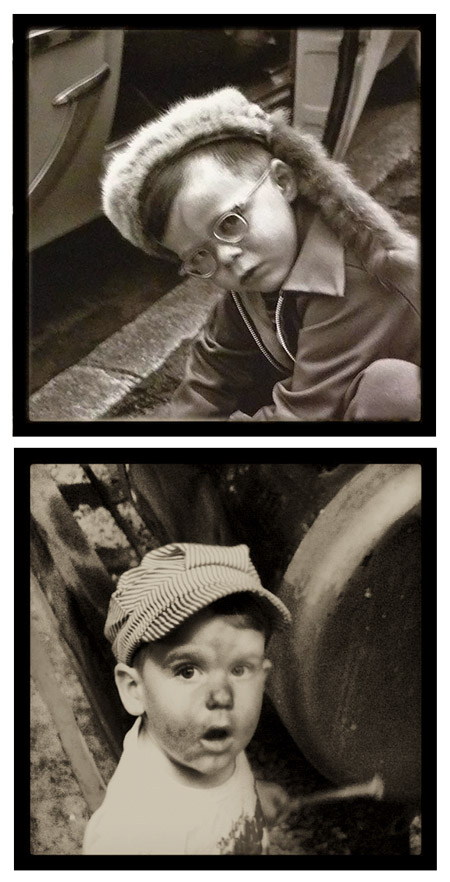 Downside of traveling for work: Separation from the fam.

Upside: Crushing the “Best Dad Ever” category by toting a pair of giant ballon A380s. 🙂

Finn and I headed to Dr. S’s office earlier this week for his 6-year old check-up, which is required for entry into 1st grade this fall. Although excited to avoid vaccinations (no more needed until he’s 11!), he was not thrilled about sporting the “paper towel dress” required for the check-up. He kindly posed for a rather nervous shot in the gown before the doc came in to check him out. He also got to rock some awesome little headphones for his hearing test, which he passed with flying colors.

Current stats: 48 inches tall, 51 pounds. 85th percentile on height, 75th on weight, and right on track with his “big guy” teeth starting to come in. He’s grown so much this year – both mentally and physically – it’s kind of hard to believe. He’s reading now, in both English and Spanish, even working out words he doesn’t know! He’s doing simple math, writing and illustrating his own stories, taking art lessons, and has many good buddies in class and at daycare. We love our blond 6 year-old to pieces.

The lads & I had a ball attending Father-Son Night at Finn’s school. Just to send us over the moon, the whole thing was Lego-themed, featuring buckets of Legos to play with, a taco truck, and finally a screening of The Lego Movie complete with root beer floats. Man, I think I’m gonna have a conniption just thinking about it. 🙂

Anyway, here are our own “minifigs” hamming things up a bit beforehand:

We returned home yesterday tired, dirty, and happy from another great camping trip to nearby Mt. Madonna with the Pasitos preschool gang. I’m working to pull together some good photos, but in the meantime here are a couple of glimpses into the hike we did Saturday. Finn & Henry really enjoyed taking turns using the binoculars & chattering on the walkie talkies.

Visiting Google again on Sunday, Henry was appropriately perplexed & even a little horrified by the life-sized Justin Bieber cutout that mysteriously shares our office space. We all are, son—we all are. :-p 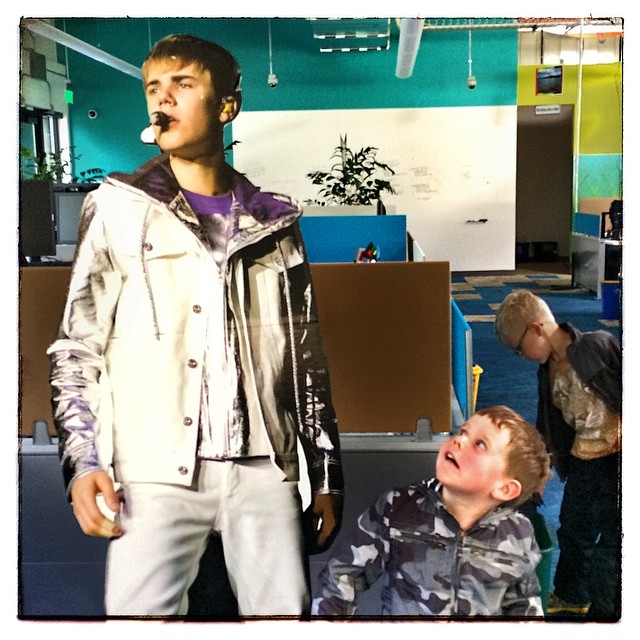