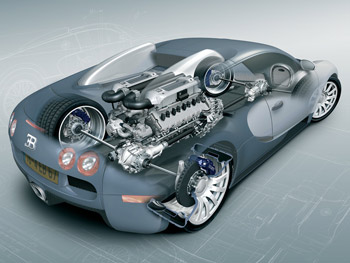 At some point months ago, the guys & I were playing with Matchbox cars, and when they talked about a Ferrari’s engine being under the hood, I explained, “Actually that’s a mid-engine car. See, the engine goes behind the seats; you can tell by these vents here on the sides.”

They were intrigued and asked, “Why don’t we have a mid-engine car?” I chuckled and, not wanting to get into why Dad-O can’t afford a Ferrari, said “Well, those cars tend to be small inside. They’re better for guys with no kids.”

Wouldn’t you know it, this little factoid keeps popping out at the oddest moments:

Despite my attempts to clarify the situation, the real info just isn’t taking. Ah well: I’ll just settle in for a life of cheerfully misinforming the boys, a la Calvin’s dad. 🙂

One reply on “Department of Vehicular Misinformation”

Hey your dad has you, which he thinks and feels and believes is better than a mid-engine car!