Four-year-old Finn spent easily six months obsessed with getting what’s literally the world’s most complex Lego Technic set—namely, a giant German military truck called the Unimog—and me being me, we got it for his fifth birthday (see gallery). Thus you can imagine our delight upon encountering a real live Unimog at Google this weekend. Behold its rusty majesty! 🙂 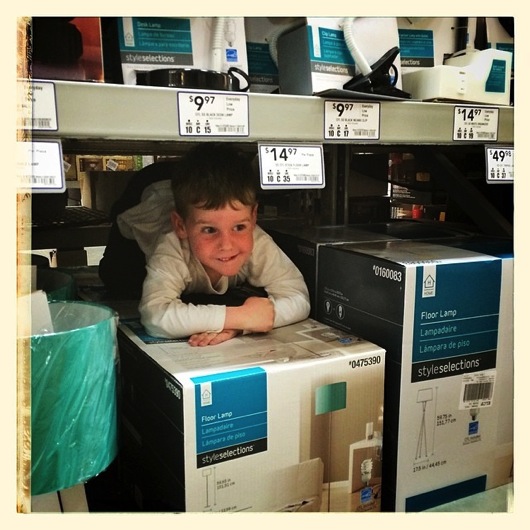 Our lads had a ball helping Magdalena celebrate her recent cumpleaños with games like sack racing. Their physical “grace” parallels my own success in singing Happy Birthday in Hebrew—but hey, we all had fun trying. 🙂

We hope you & yours are having a ball today. Here’s a little peek into the egg-seeking missiles known as our sons, enjoying the tomfoolery with Tom Hogarty & fam:

For his sixth birthday, Finn got a cool Crayola lightboard & marker kit, which I’ve started using to leave fun messages for the guys at bedtime. 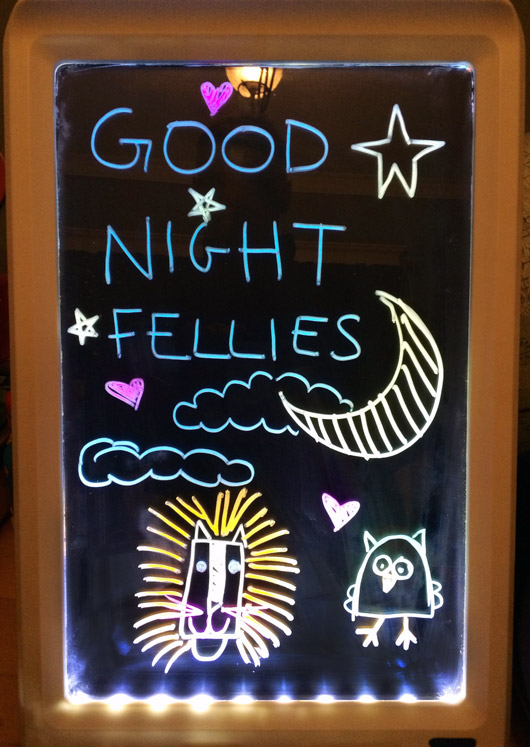 Coincidentally, John found out about a completely kooky kids’ book called Crabtree, about a deeply disorganized man who has misplaced his false teeth and proceeds to reorganize all of his belongings in an attempt to find them. Inspired by Crabtree’s collection, and illustration, of broken items, I created a night-time message for the boys that consisted of bedtime items broken into pieces, which they then had to mentally reassemble. Hilarity ensues: 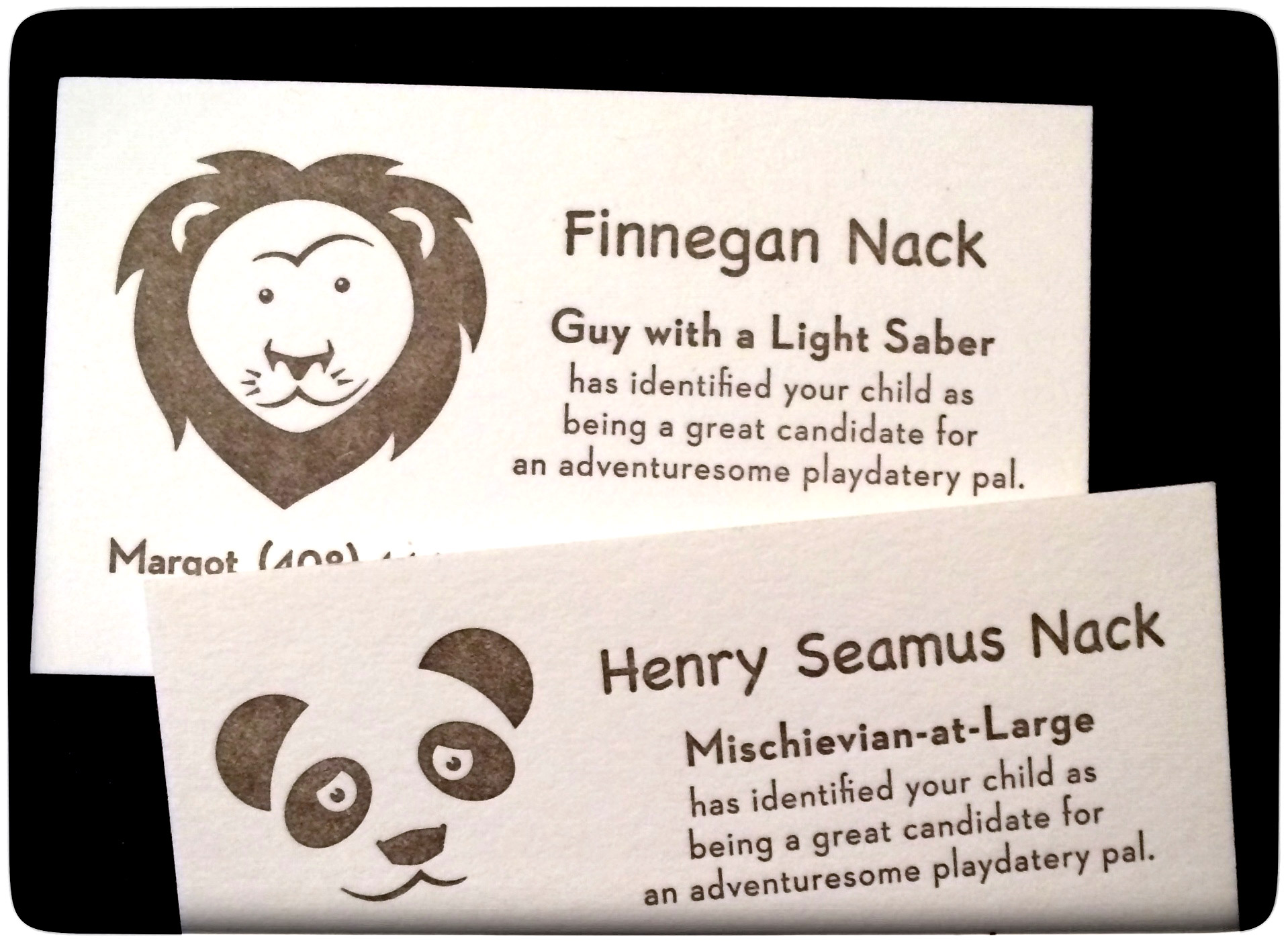 Our most excellent and super-creative friend Maria came up with a great idea for the Micronaxx: Playdate business cards! Since we often don’t bump into other kids’ parents at Pasitos or Finny’s daycare, it can be challenging to get playdates scheduled, since we don’t have contact information for the guys’ school buddies or their parents.

John usually gives one of his own business cards to the kid at school that our boys want to have a playdate with, and that works fairly well – in fact, this is how we’ve met and become friends with a few families in our neighborhood! Maria had the fantastic idea to create playdate business cards for each guy that he can hand to his friends at school. She asked the guys what they’d like to be called, and what sort of picture they’d like on their cards. With a little editing and help from Mom-o and Dad-o, here they are. We loved the initial idea and we love the finished product even more!

One thing kids like is to be tricked. For instance, I was going to take mylittle nephew to Disneyland, but instead I drove him to an old burned-out warehouse. “Oh no”, I said, “Disneyland burned down.” He cried and cried, but I think that deep down he thought it was a pretty good joke. I started to drive over to the real Disneyland, but it was getting pretty late.

Man was I thinking of that the other day when we & the lads walked (and walked, and walked) through the mall en route to the super-pneumatic, hyperkinetic promised Bouncy Land—only to discover that it was closed & padlocked! 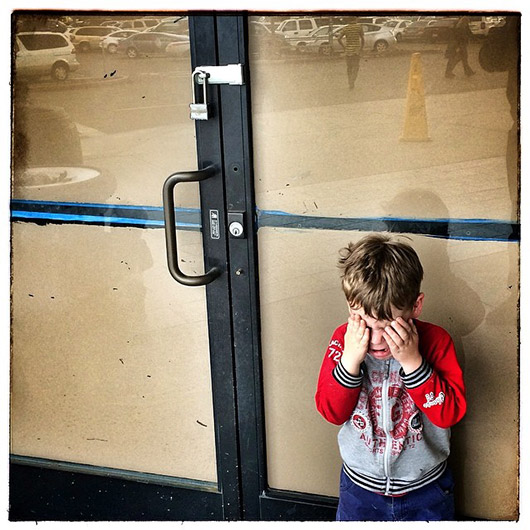 Poor Hen cried & cried. We felt terrible, but don’t despair: We almost immediately located another “jump-around place,” drove there and had a ball (actually 300 balls, as the boys tried to force-feed me the contents of a ball pit). Henry was delighted, gleefully announcing, “I’m making myself a new chair, and it’s gonna be called ‘Your Face!!’” All’s well that ends with Dad-O at the bottom of a well. 😉

Capitalism is thriving at our house, with The Boat (Finn) and Green Car (Henry) running roughshod over their poor Cat (Dad-O) and Dog (Mom-O) parents. In fact, I think Finn remains undefeated thus far! Here are the little robber-barons in action last night: