Years ago in New York, I worked with a coder/heavy metal musician who sported butt-length blonde hair & leather pants at work. He had a charming habit of yelling things like “Nack, you’re a wreck!!” and then letting a falsetto phrase or two rip. For some reason Finn & his lion decided to channel him the other evening. :-p

I think I neglected to share Finn’s leonine antics from one year ago, so let me fix that now. 🙂 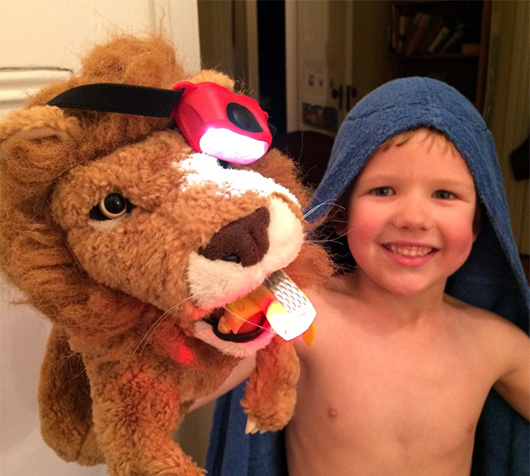 You know those people (inevitably from Florida) who claim to see Jesus burned into their toast? Henry’s a bit like that, but he sees orange-clad Lego construction workers in his Cheetoes. 🙂

“Sun’s out, guns out,” they say, but in foggy San Francisco, we have to go with “Sons out, guns out.” Here Henry explores the artillery at the Presidio. 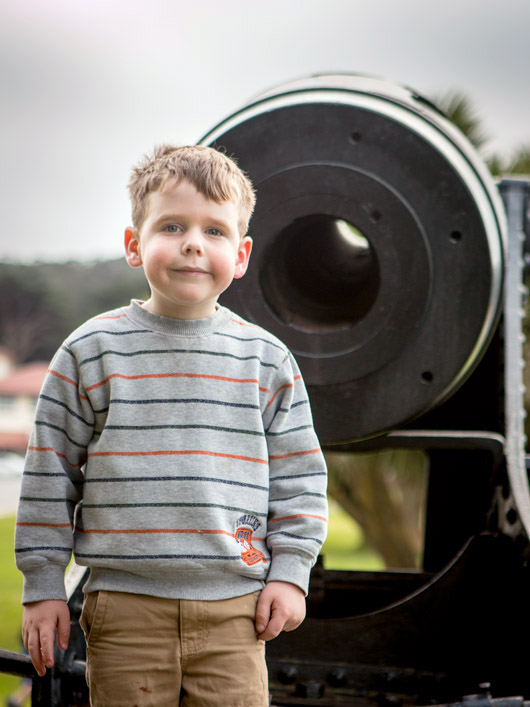 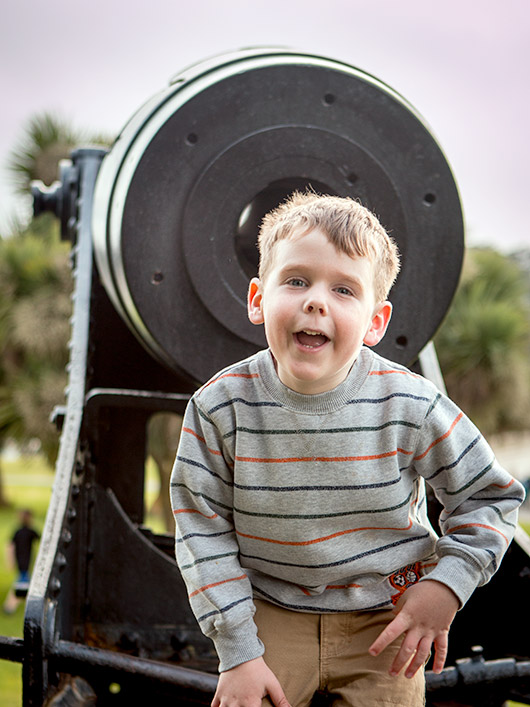 Oh hi, don’t mind me—I’m just enjoying multiple suckers at once. Why, do I seem different? 🙂 — From Halloween 2013

No one got doused with chilly water (frozen or otherwise) or lost a digit, I’m happy to report, during our Saturday visit to the San Jose Sharks practice ice rink with Finn’s pal Zach & his fam. The lads enjoyed tottering around on skates with the help of buckets on which they could lean. Check it out: 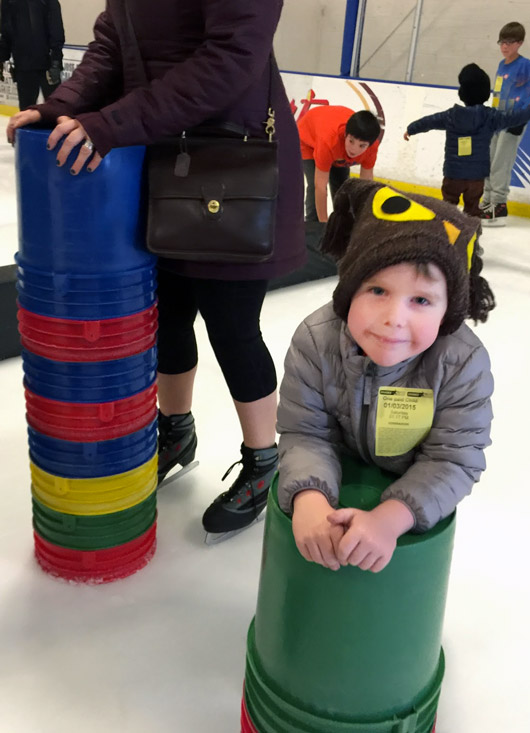 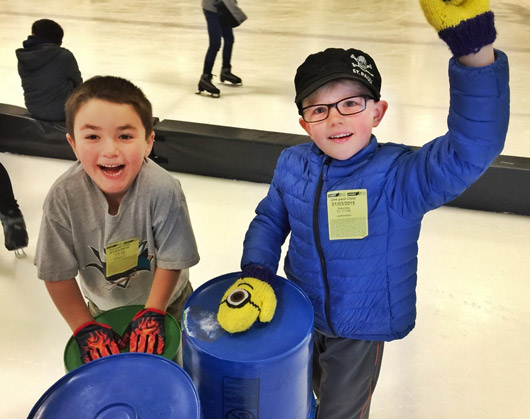 During our time in Mendocino, journeyed south to the Point Arena Lighthouse, then up to light at Point Cabrillo. Here’s a gallery from the outing, as well as (below) a couple of interactive 360º panoramas I captured. (You can click the icon in the upper-right corner of each to make it full screen, then drag to explore it.) 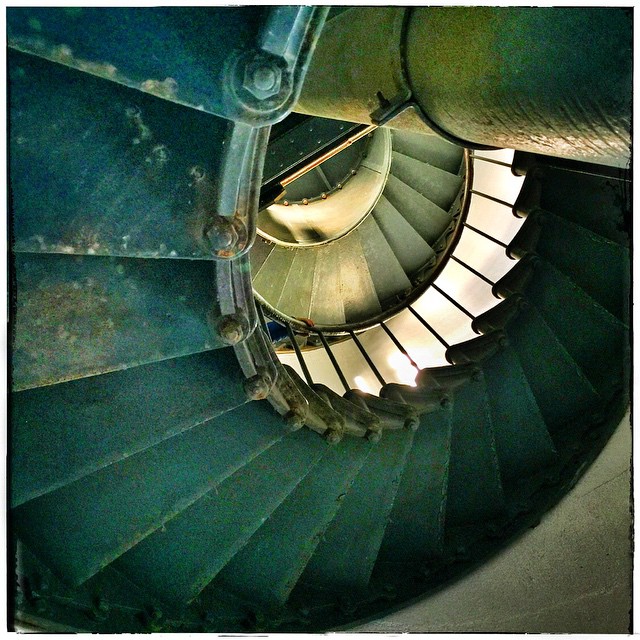 The boys are, of course, insane for trains, so kudos to Margot for discovering the Skunk Train that operates out of Fort Bragg (the town just up the coast from Mendocino). The train winds its way through redwoods en route to an old logging camp that offers BBQ & knickknacks (but not BBQ’d knickknacks). We met some nice families along the way. A 3-year-old kid named Silas ended up lending his name to Finn’s little souvenir stuffed skunk (for which we devised the mnemonic, “He makes you sigh less”), and a couple from Fremont helped the boys squash pennies on the rails while keeping Henry from being squashed as well! Despite the cold & wind, Hen insisted that he & I stand outside for mile after mile, so he’s a bit overrepresented in the photos. 🙂

Here’s a gallery from the day, as well as some video highlights: 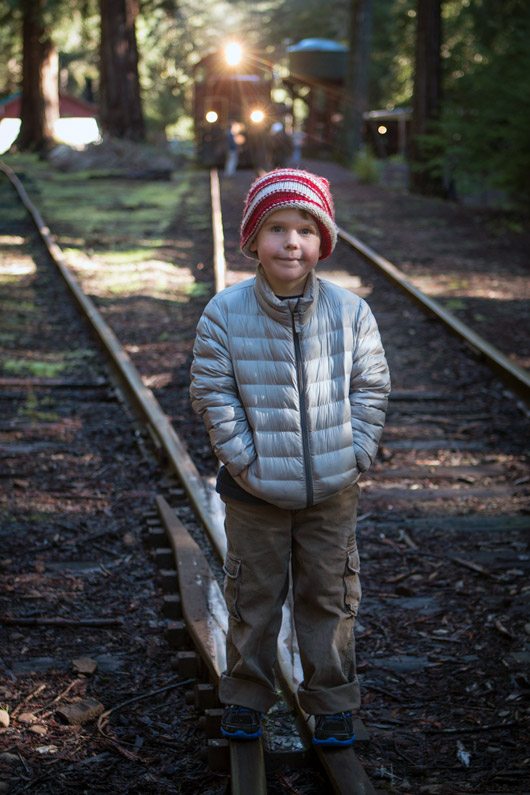 Having really enjoyed our trip down the coast at Thanksgiving, the boys were super amped for another “Roadtrip, roadtrip!!” as they called it. Therefore on Sunday we took a drive in the opposite direction, heading north to Mendocino. I’ll post a bunch of other photos & videos soon, but in the meantime here’s a little gallery showing off the gorgeous sunset lighting we encountered upon rolling into town & exploring the bluffs. (Vertigo-inducing shots have been omitted to Grandpa Nack’s presumed relief. ;-)) 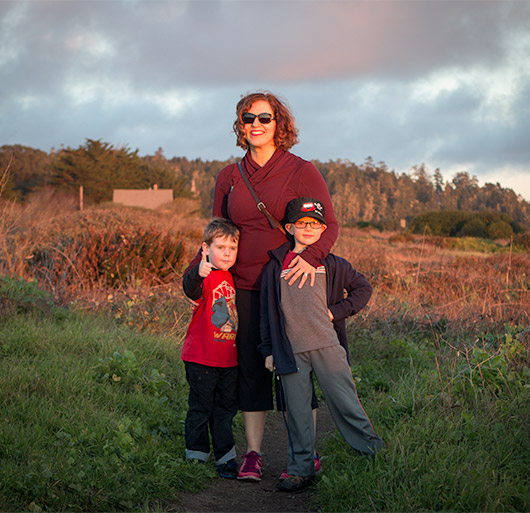 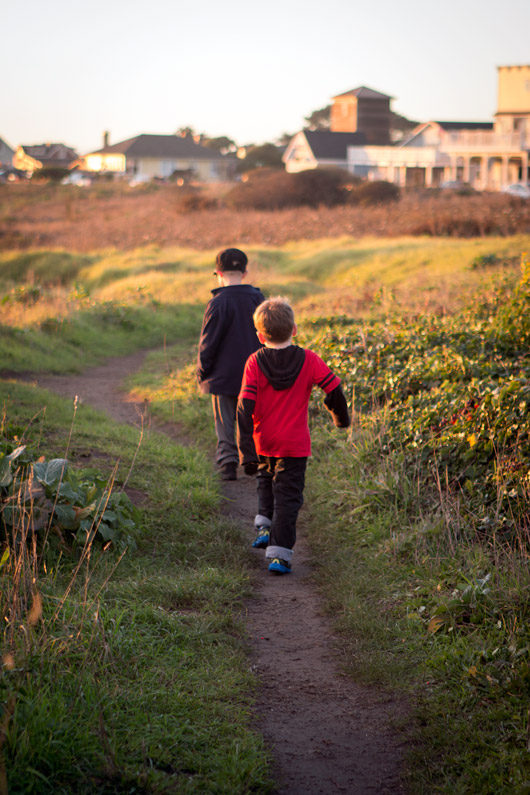