The guys have been patiently waiting over the last month to finally carve the giant pumpkins they picked out. (Unlike in the chilly Midwest, pumpkins out here tend to rot about 5 minutes after they’re carved, so we had to bide our time.) Henry designed a pretty solid owl, though as you can see in the gallery, he spent much of his time eating himself under the table—literally—with all kinds of corn (pop & candy). Finn meanwhile enjoyed breaking out the little carving kit we bought and fashioning some kind of diabolical weirdo. Mom-O reports that both were a hit with visiting trick-or-treaters. 🙂 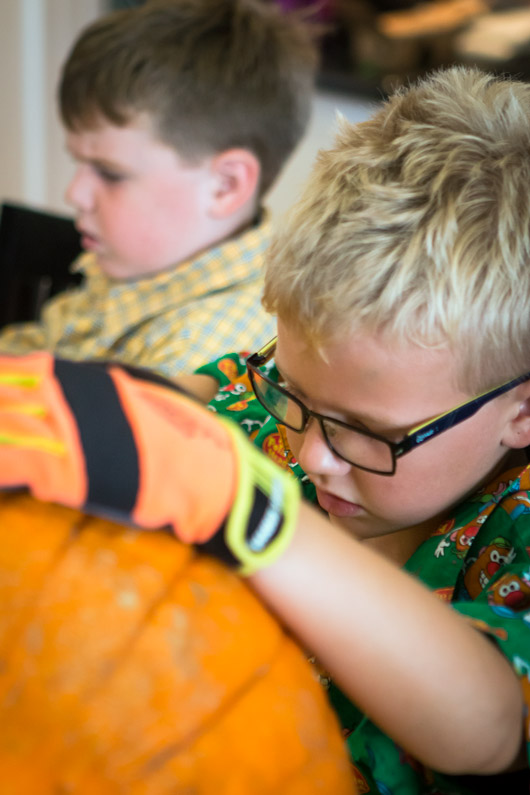