Over the holiday break I had fun shooting little pics of our guys, then processing & sharing them with the iPhone app Instagram. Here’s a little gallery.

Seeing the image at left just now, our friend Julieanne said, “It looks so old that it could be you in the photo.” I said, “Yeah, except that if it were me, my dad’s finger would be covering half the image.” 😉 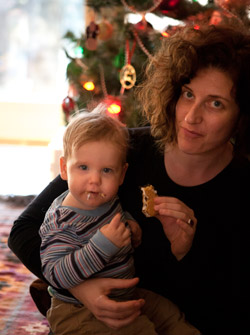 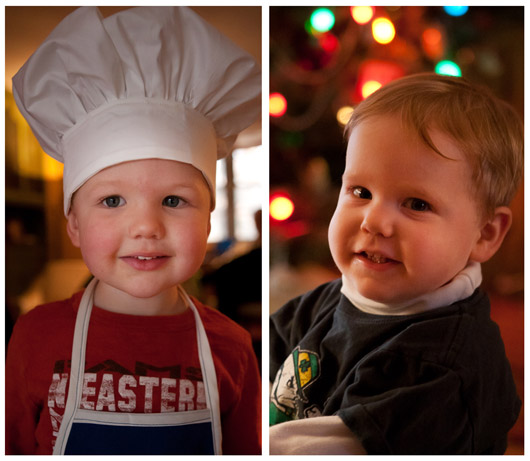 Merry Christmas, everybody! We had a really fun first Christmas with Finny today. He was the epitome of jolly–smiles and laughter all day long. I’m sure the avalanche of fun new toys had a little something to do with it, too :D. Finn’s friends and relatives showered him with all kinds of great stuff–stacking toys, a new barnyard, books, blocks, and my personal favorite, a walk-along popper toy. If you were a toddler or a parent of one in the ’70’s, you know what I’m talking about–the little transparent bubble filled with plastic balls that hop and pop around as you push the toy around–what’s more fun than that?
John will post Xmas day pics soon–he’s been on his best “I’m on holiday” computer-free behavior today, and I’m not about to ask him to screw it up :D.
[Update: Okay, break time over! Here’s the gallery (HTML)! –J.]
And to all a good night!