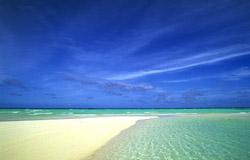 We just wrapped up a lovely evening with the boys. Apparently it was Nack-Boy Meltdown Theater™ earlier this afternoon, so our nanny prescribed a late afternoon nap for both Henry and Finny. They slept from 4:15 until I got home around 5:15, and when they got up, both were absolutely in top form. Finny was happy and keeping himself busy, and Henry was the most pacific he’s been in ages. Super cuddly and babbly and 100% nice-to-be-around.

We decided to go out to the pizza place for dinner since bedtime would be getting pushed back, and we all had a great time. Finn was excited to watch the pizza man squash the dough in the press, and also thrilled to wash down his pizza with a little chocolate gelato afterwards. Henry remained cool and calm the whole time, quietly eating his dinner and observing the goings on. It was such a nice way to spend the evening. Now Henry’s in bed with nary a peep of protest, and Finn’s on his way, having just finished his bath.