From our first outing in 2015 through installments in 2016 and 2017, Google’s annual Take Your Kids To Work Day has provided unique adventures each time. This year both guys joined me and enjoyed a parrot show, performed some ostensibly scientific explorations with slime, tried their hand at drawing Google Doodles, grabbed stickers & Android figurines at the company store, and wrapped up with hot dogs at The Sports Page. Here’s a quick peek at our day:

Chris Farley was a prophet. 🚐💦😝 Check out a few sights captured around our campsite last weekend.

During our recent getaway to Big Sur, the guys & I did a bit of droning over & through the iconic Bixby Creek Bridge. Check out the fruits of our labors—featuring brief cameos from me, Hen, & the Westy: 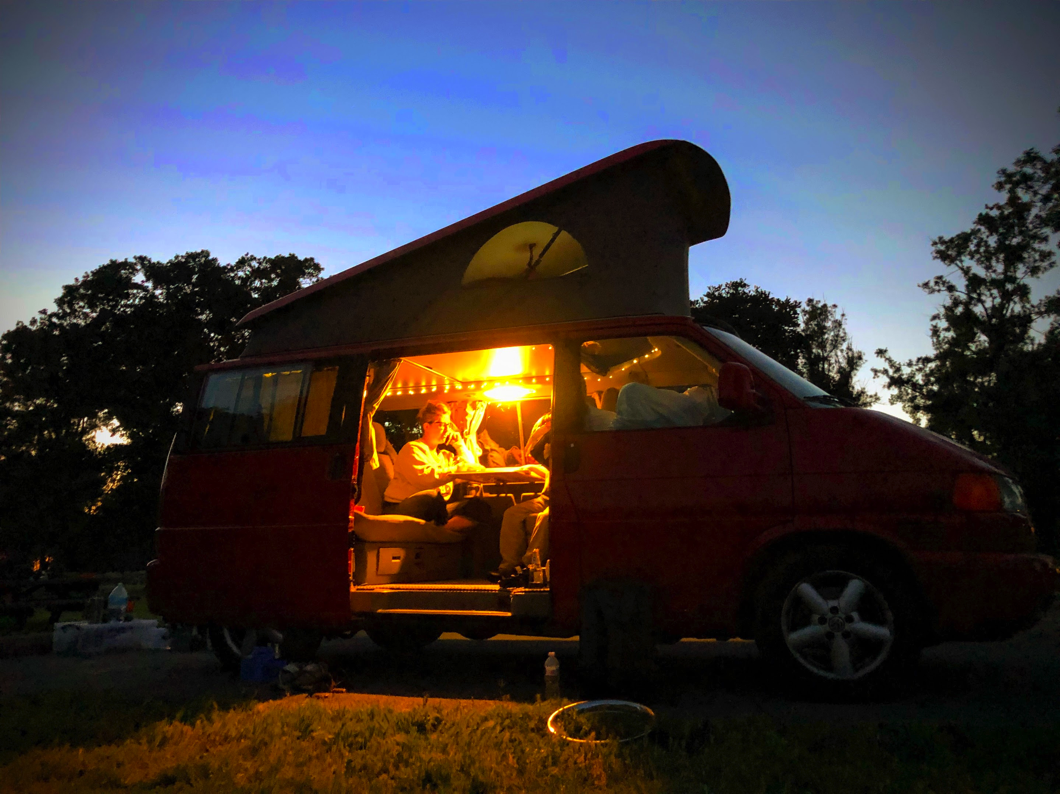 This Saturday saw the Sqrlpod hit the road for Brannan Island, which is in the Delta area to the northeast of Oakland. We departed on Saturday around lunchtime and stopped for tacos in Oakland, where John received what had to be the world’s largest burrito. That bad boy weighed (no joke) at least 5 lbs, and sustained John throughout the weekend – providing the equivalent of about 4-5 meals! The boys happily wolfed down their tacos, which they deemed Best Tacos Ever, then we continued our drive up to the island.

We camped at a little state recreation area, which was quite nice, with huge camp sites that were quite spread out along the grassy banks of the island. It can be incredibly windy there, and the currents are strong so swimming is not advisable unless you’re wearing a life vest AND are an Olympic-grade swimmer. We enjoyed the quietude and the views, and Henry and John set out for the drawbridge for some droning and land-based photos. After nighttime s’mores over the campfire, some games, and lots of reading, we hit the sack, then pulled out late Sunday morning. Here’s a little gallery from our adventure.

“The greatest meeting of land and sea in the world”—so the Big Sur coastline has been called, and so it is. With Mom-O out of town for the weekend, the dudes & loaded up the Westy with plenty of delicious, unhealthy crap, then trundled down to Bixby Creek Bridge (under which we spent a glorious day back in 2014). We buzzed around with the drone, took some epic selfies, and then headed down to Ventana campground for the night. (No, Dad, we didn’t take any head trips with Timothy Leary at nearby Napenthe. 😜) Here’s a little gallery from our adventure. 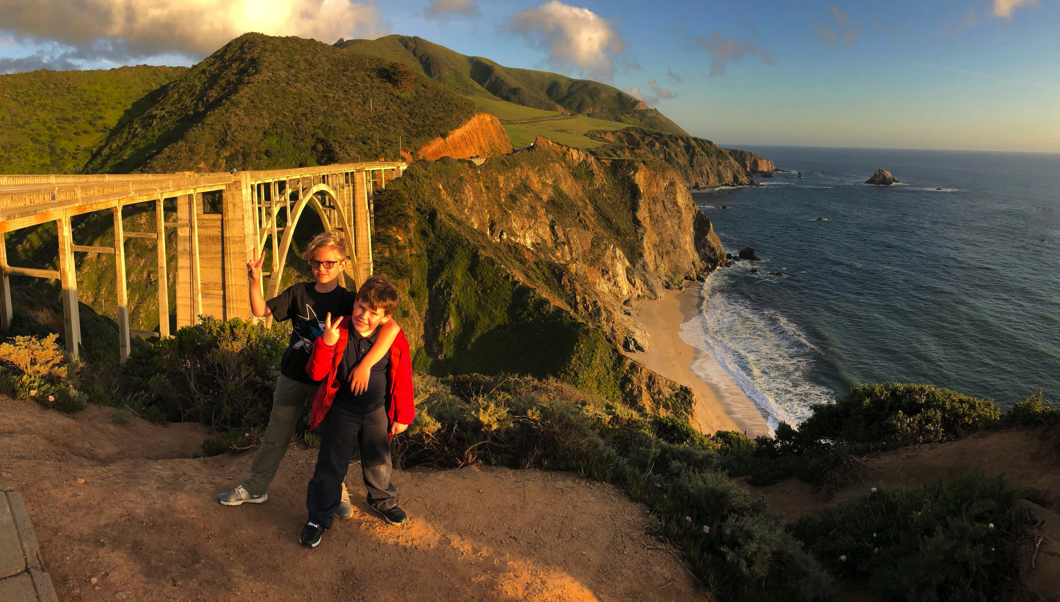