Having explored the surrounding region (Jackson Hole, the Grand Tetons) on previous days, on the Wednesday of our trip we finally made it into Yellowstone proper—and to Old Faithful! The weather was pretty touch-and-go, but at least the boys heeded our warnings (and those of some friendly rangers) and didn’t fall into any hot springs & get liquified. 😬 In this gallery you can see some of our travels and the critters (both living & stuffed) we saw along the way. 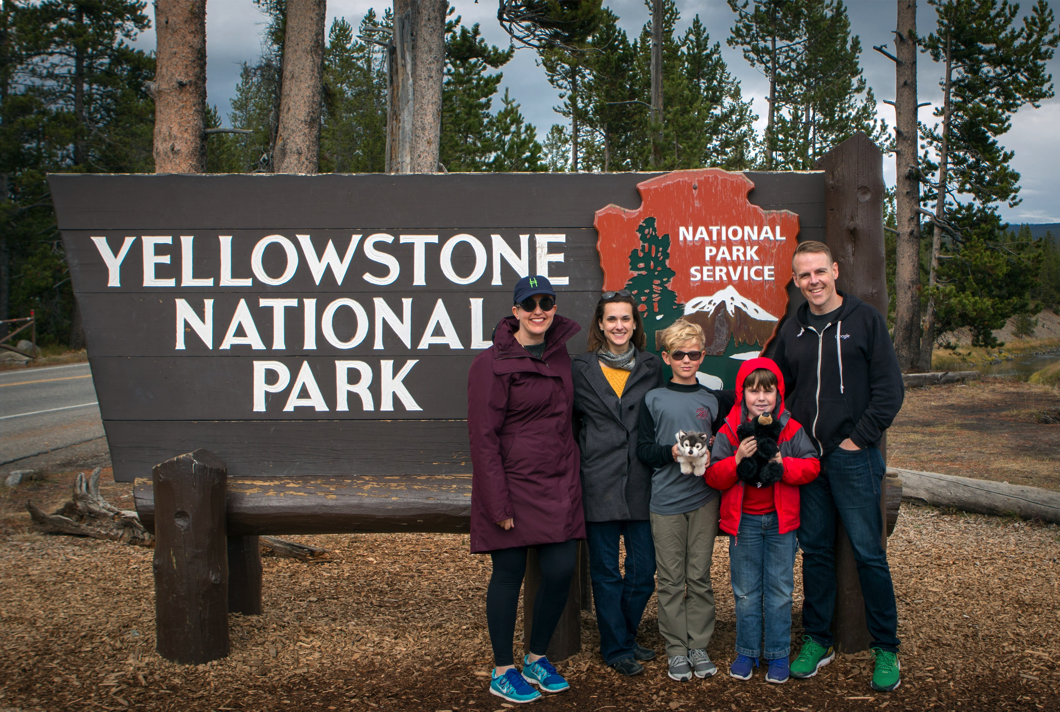 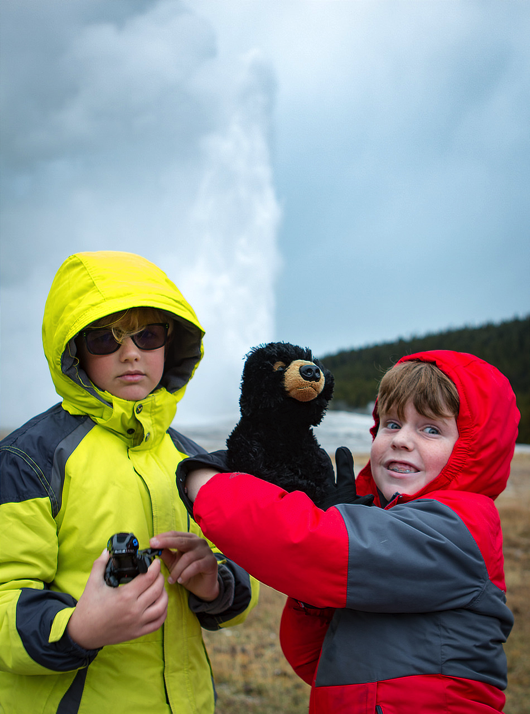 Following our chairlift ride & snowball fight in Teton Village, we headed out to explore Jackson Hole & the nearby Tetons. We were thrilled to spot a bear rustling around maybe 50 yards away, but he scampered into the woods before I could capture his photo. Fortunately the mountains couldn’t run as fast, so we were able to get them on camera along with some pronghorn, deer, and historic buildings before enjoying some local Mexican chow. Check out our gallery. 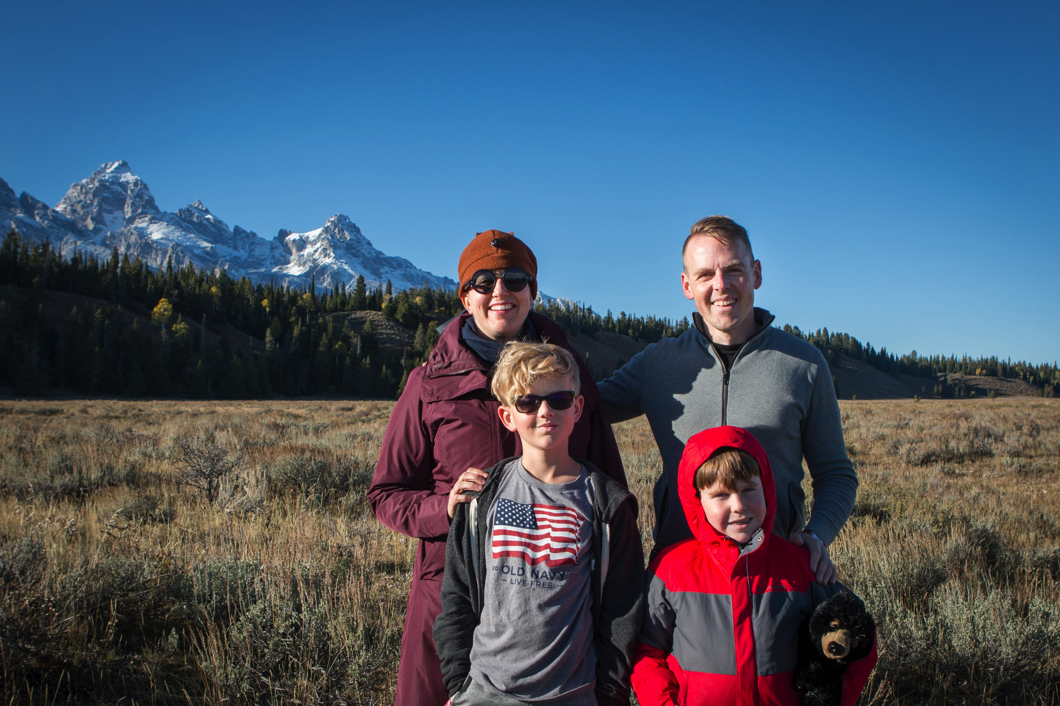 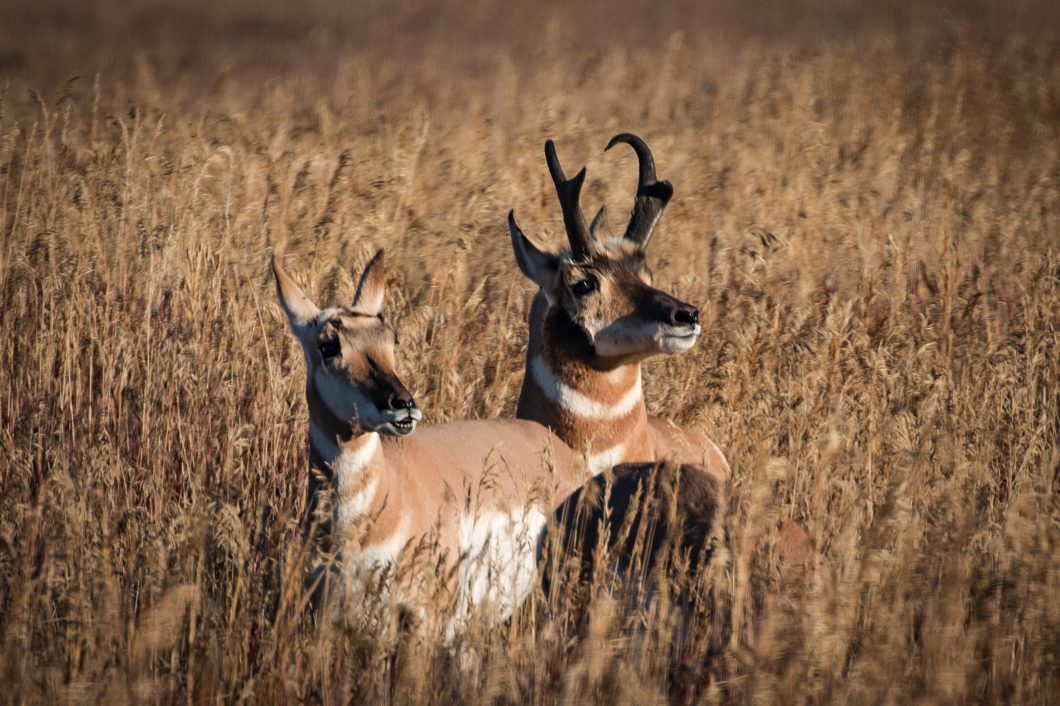 “Hey Dad, call me ‘Hannibal Deflector!'” yelled Finn as he & G-Man duked it out with me in our long-awaited “epic snowball fight.” We’d climbed some 4,000 via the tram at Teton Village, where we were staying at the local hostel. While Margot wisely kept her feet dry, the rest of us trudged to the top of the snowy hill to glimpse the Grand Tetons poking through the clouds. Mippy (Finn’s robot dinosaur) made the ascent & an appearance, and we were treated to seeing a paraglider toss himself off the mountaintop. Oh, and happily we didn’t need bear spray. 🙂 Check out our little gallery from the adventure.

Driving up from Salt Lake City, we happened upon the charming little town of Lava Hot Springs. Although we found some amazing pizza & square-shaped ice cream cones (!), we didn’t have time for a dip in any of the local springs. Happily Margot was able to rejigger our travel plans & book us a place to stay on our return trip.

Check out a gallery & quick video showing the amazingly beautiful evening we got to spend taking a dip with our dudes! 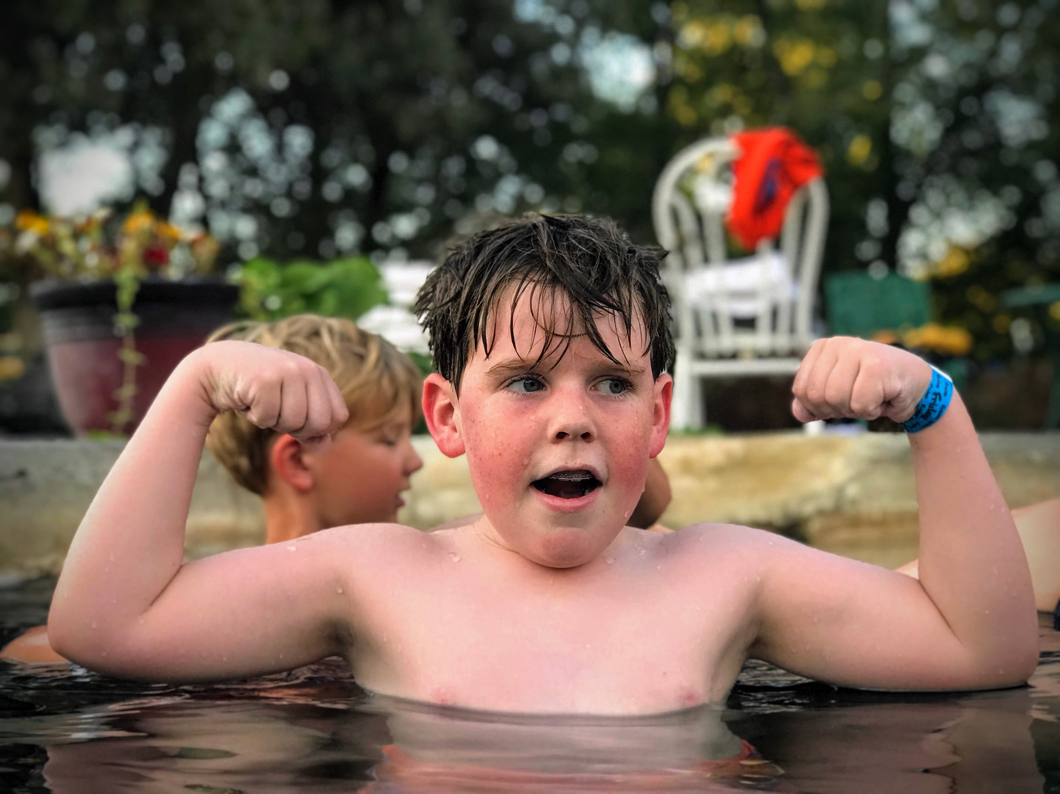 The first full day of our Yellowstone trip saw us make our way to Jackson, Wyoming for a whole bunch of adventures, including: 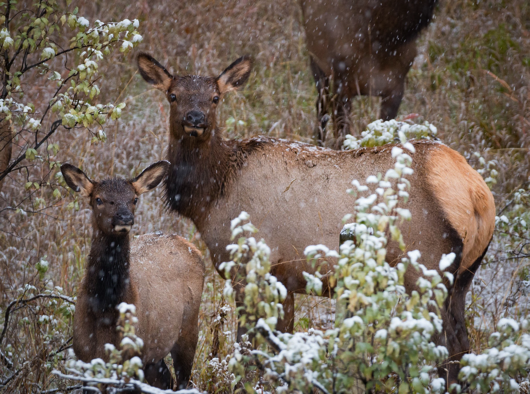 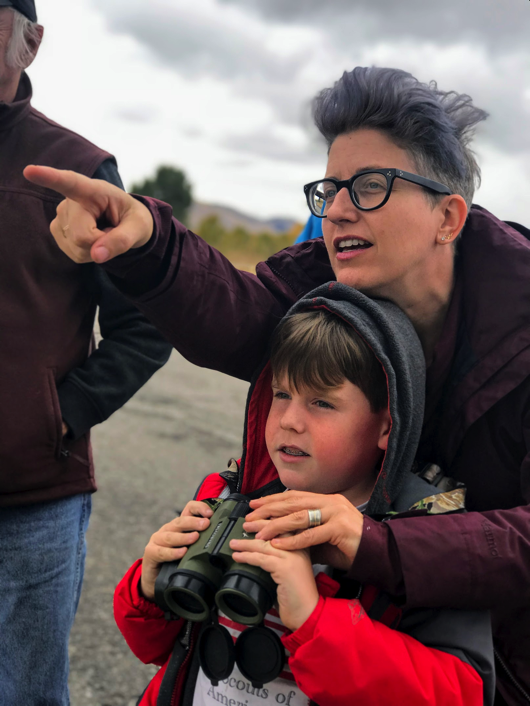 For our first night’s stay en route to Yellowstone, Margot somehow found a super funky, sword-filled Quonset hut with its own treehouse. After driving through hours of snowy darkness (what we dubbed “the jellyfish,” given its appearance in our headlights), we were greeted by colorful & charming retired fire chief Jonathan. He told us that he’d built the treehouse for his grandkids & that he now runs ropes courses for student groups. The cabin itself had been built to house workers who’d been constructing a nearby dam, after which it was disassembled & moved up to its current location.

As you can see in our photo gallery and in the video below, we all had a blast staying there—especially the dudes!