Hen & Mom-O recently visited our local fire station with the Cub Scouts, learning that the brave folks who protect us don’t get to take holidays off. Inspired by this, they decided to whip up a batch of chocolate chip cookies & bring them over to say thanks to the guys spending Thanksgiving away from their families.

This proved easier said than done! As we parked in the morning, we joked, “Gee, I hope they don’t have to zoom off on a call right now”—but as we walked up, that’s exactly what they did! When we tried again a couple of hours later, history repeated exactly, and on our third visit (this time around lunch), they were gone entirely. Fortunately the fourth time was the charm, and the appreciative team treated us to a great mini tour. Check it out:

Aww—just a little time capsule of our once-little man, courtesy of Google Photos.

Ol’ Henry can be such a vexing dude: He’s plenty capable of many things (e.g. swimming), but boy does he get into his own head and run laps there, never believing he can do it. Yet do it he can a lot of times, and this is a perfect example: He’s now a nut for the monkey bars, often traversing a whole set in one go (something I never did!). Here’s a silly little boomerang animation that Google Photos made from one of his recent attempts (and yes, he did eventually make it across!).

Maria looooves to bake, but in the past years she hasn’t had many chances. Happily, the Micronaxx & their bottomless tummies provided a perfect opportunity (and the perfect metabolisms!) to get back in action. One day she whipped up (from scratch) some delicious cinnamon rolls, and the next she brought out smiles with caramel rolls. The boys debated the naming (Hen insists on “Maria’s Awesomeness”; Finn favors “Brenny’s Bready Magic”), but a roll by any name tastes just as sweet—and we’ve been enjoying them the whole week since her visit. Here’s a gallery of the sticky fun. 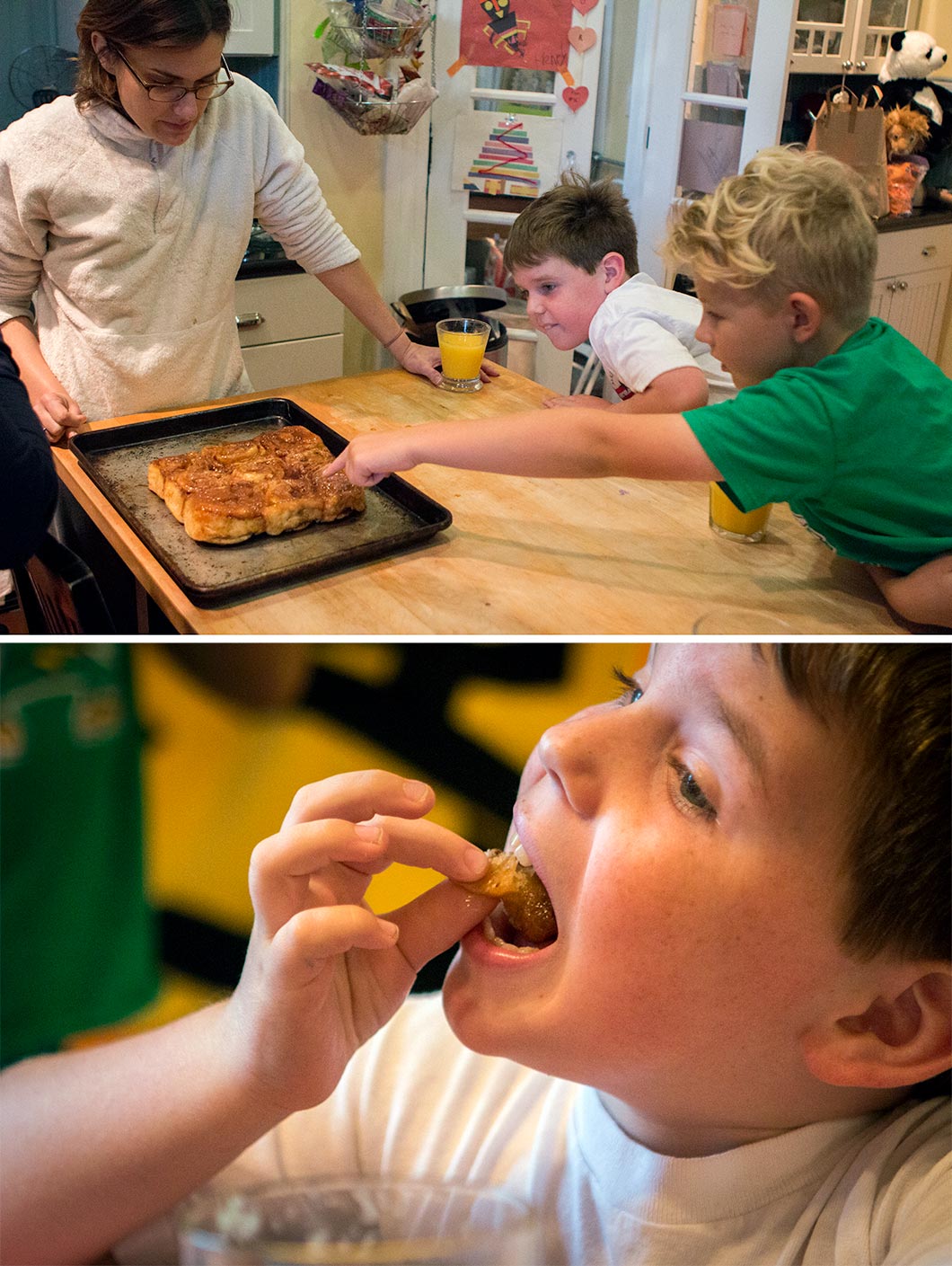 For the last several years, our Las Madres friends Phil & Michelle have put on an excellent Halloween party complete with haunted house, tons of crafts, and neighborhood trick-or-treating. This year Maria donned Margot’s Rosie the Riveter getup & joined the Crash Test Dummy (Finn), Caution Tape (Hen), Medusa (Mom-O), and Captain Kirk (you know who) for some mask- and lantern-making & more. Stay tuned for more shots of the dudes in their costumes. Meanwhile, here’s a little gallery. 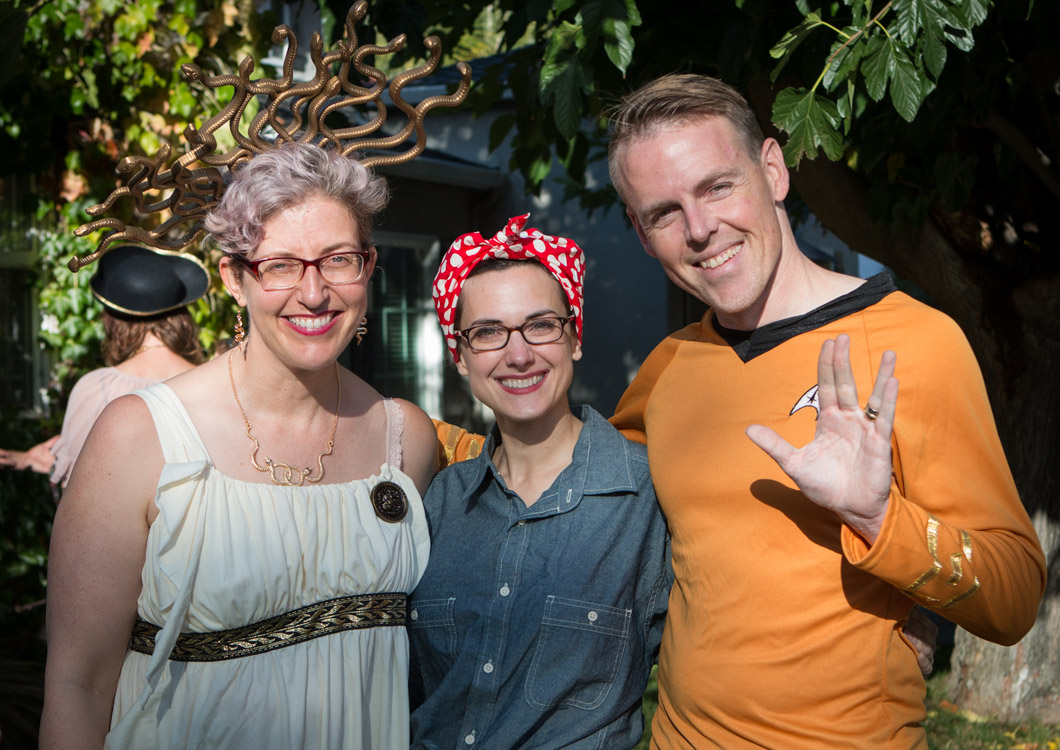 Back during our pal Maria’s previous visit five years (!!) ago, we visited a nearby butterfly sanctuary in Santa Cruz, where Henry made an unusual request that Maria caught on video:

So, when she came to stay with us last week, of course we had to pay a return visit. This time we headed to Pacific Grove (“Butterfly Town, USA”) to see & learn about the winged critters. Check out a little gallery from our day. 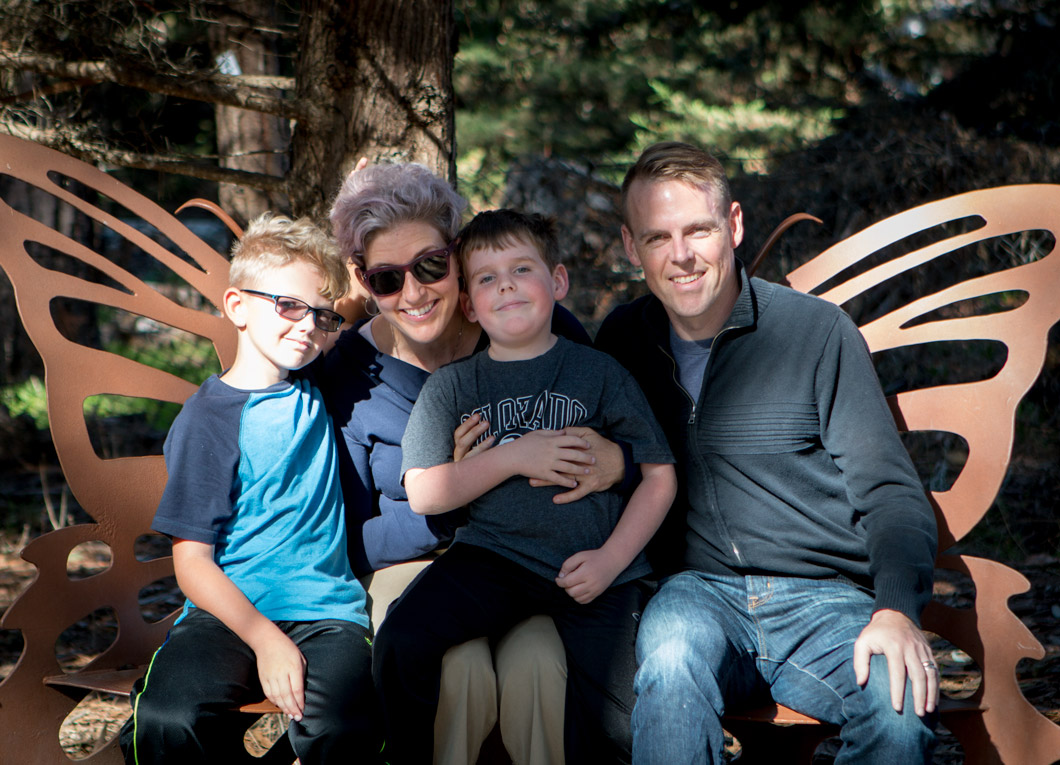 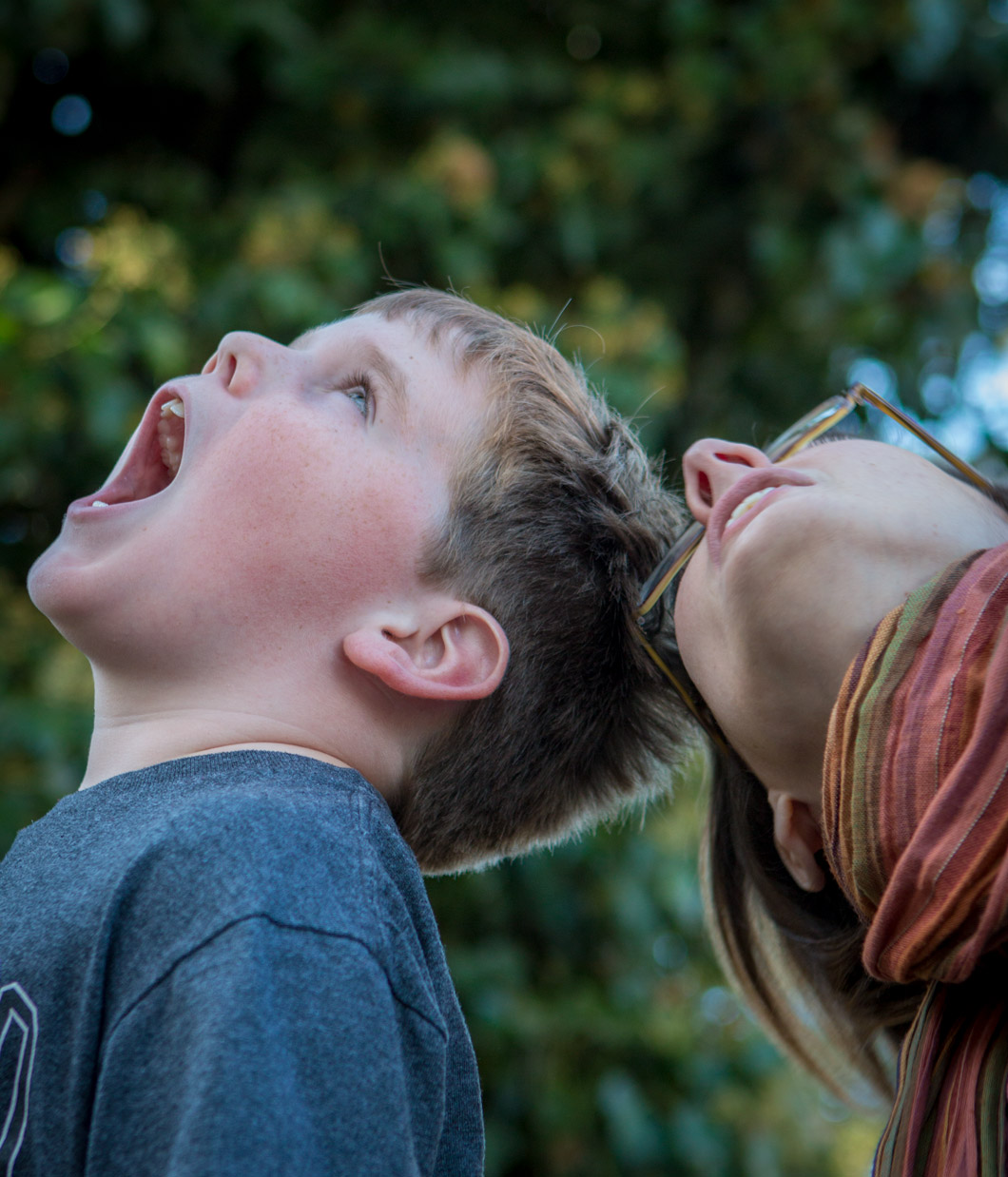