Oh, just a typical summer Friday afternoon at Pasitos… 🙂 The guys have great fun getting drenched with their pals, including (pictured here) Clark & Jacobo. 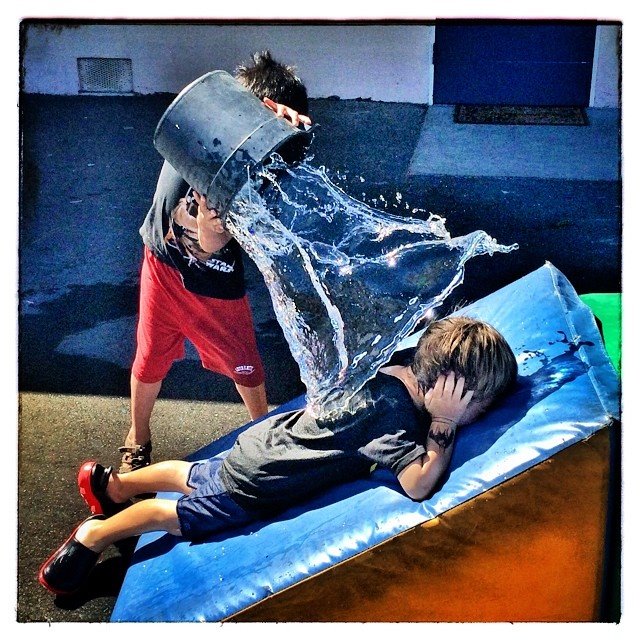 The boys *totally* put one over on me for Fathers’ Day, “letting slip” that they were making me a cake. Imagine my surprise, then, as I sat upstairs awaiting breakfast in bed, only to see them show up with a CAPE. We may come to rue the day these guys became so wily. 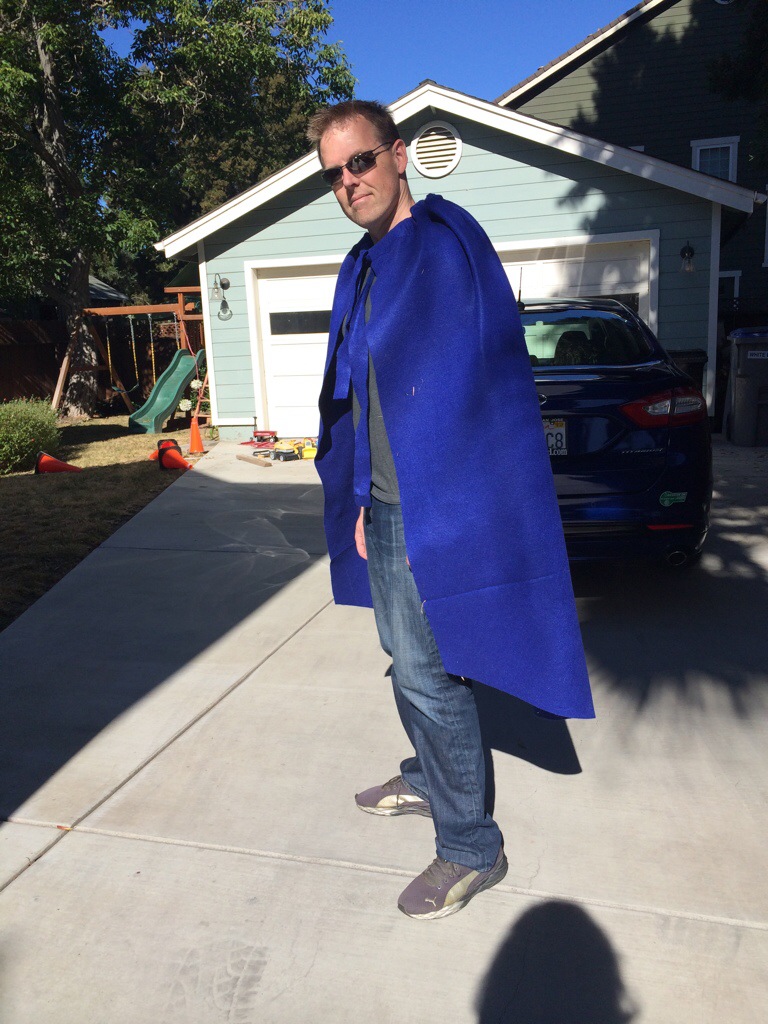 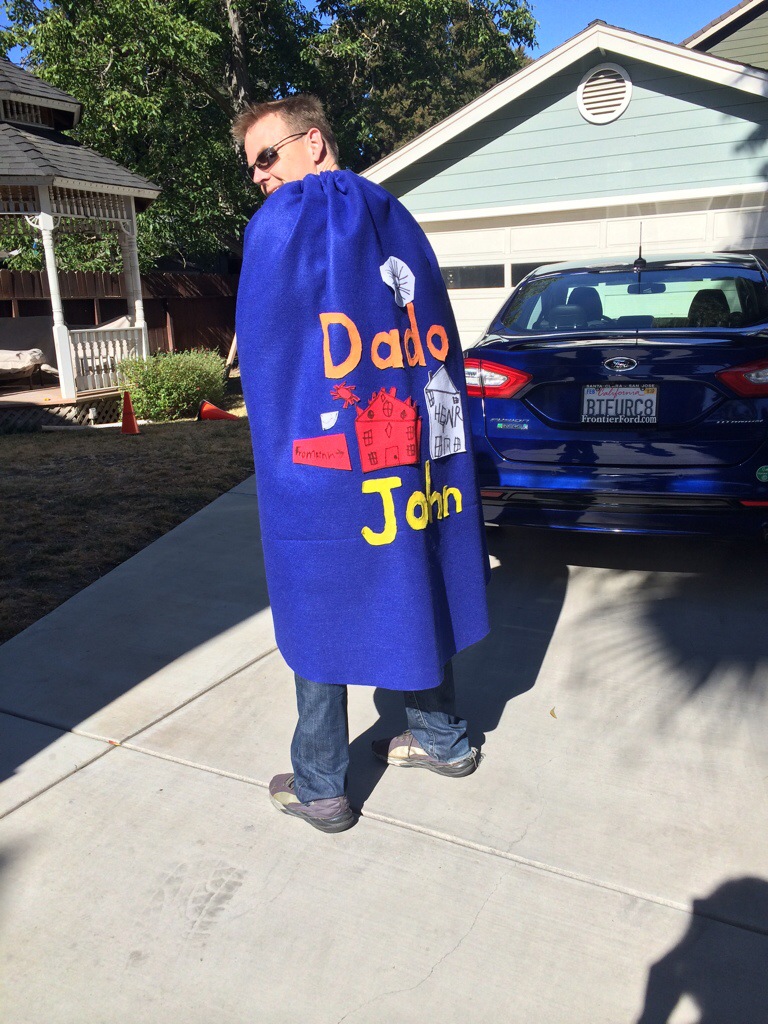 This weekend marked our 4th year of camping with many of our Las Madres friends and their families. Instead of our usual Big Basin forest camping trip, this year we headed to Sunset State Beach near Watsonville. We camped in the trees on the leeward side of the big sand dunes, and could take a quick walk down the road and over the dunes to the beautiful beach.

Henry made a new best friend this year, and his name is Seymour the Shovel. Our friend Jake brought an enormous shovel along for things like fire-tending, and giant-beach-pit-digging (said pit provided HOURS of fun for the kiddos at the beach). As soon as Henry caught sight of that shovel, he was hard-pressed to ever let it out of his grasp. He spent the entire camping trip happy as a clam, dragging Seymour around the campsite, digging hole after hole in the soft, sandy dirt. By the time we left the campsite, it was as pocked with craters as the surface of the moon! Here’s a gallery of the action.

He also kept Seymour busy at the beach, shoveling sand into and out of the giant pit that Jake had dug. All day and long into the evening Henry just dug and dug and dug. I thought we might find him asleep, curled up with it beside him in the tent! Jake spent quite a bit of time calling out “Henry! Where’s my shovel?” when he needed it! Henry has now asked for a shovel for his birthday, so it looks like John and I are off to OSH to dig one up 🙂

I know—given his history, I can’t believe it, either! And yet here you see him, complete with his new little bear (named Manijeh after our dentist-office friend who gave it to him) getting a trim of its own. Wonders never cease… 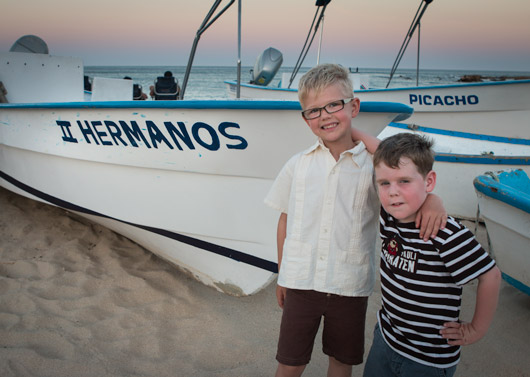 Oh hi, I’ve misplaced a Finnegan somewhere in this giant metal sculpture. You haven’t by chance seen him, have you? 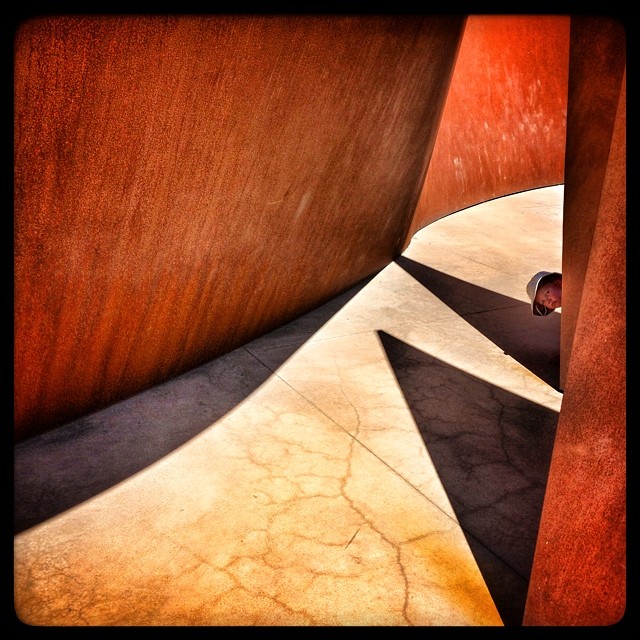 When a guy’s wife & kids are off living it up on a glass-bottom boat, what’s he to do? Naturally he gets trussed up with a bunch of nerds, rides up a mountain on a Unimog, and then ziplines his head off (fortunately not literally!). 🙂

Though it’s a tad off-topic for the Micronaxx blog, here’s a little gallery of the adventure. (As for the boat trip, Margot’s phone crapped out, so we’ll just have to imagine Pancho the Sea Lion & the peanut-eating fish (which sounds like a crappy ’90’s band).) 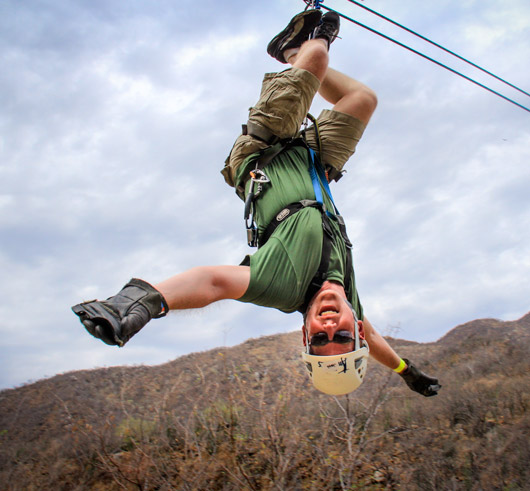 So, this one time, Margot left me alone with the boys by a fountain… 😉 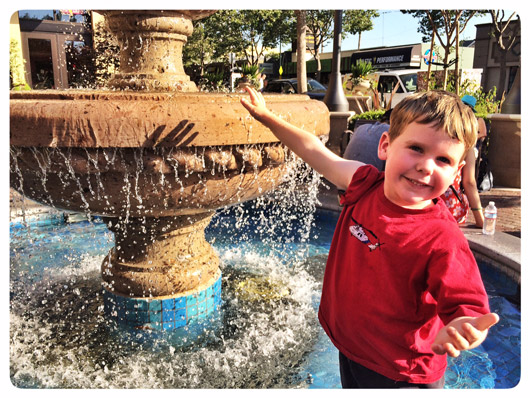 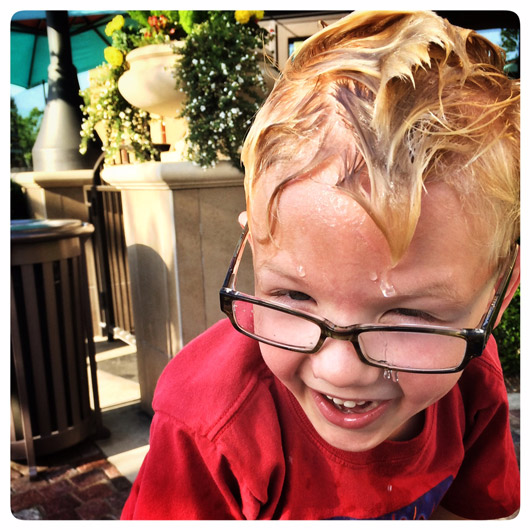 Who’s got four thumbs & loves some sunset beach-play?
These guuuuuys. 🙂 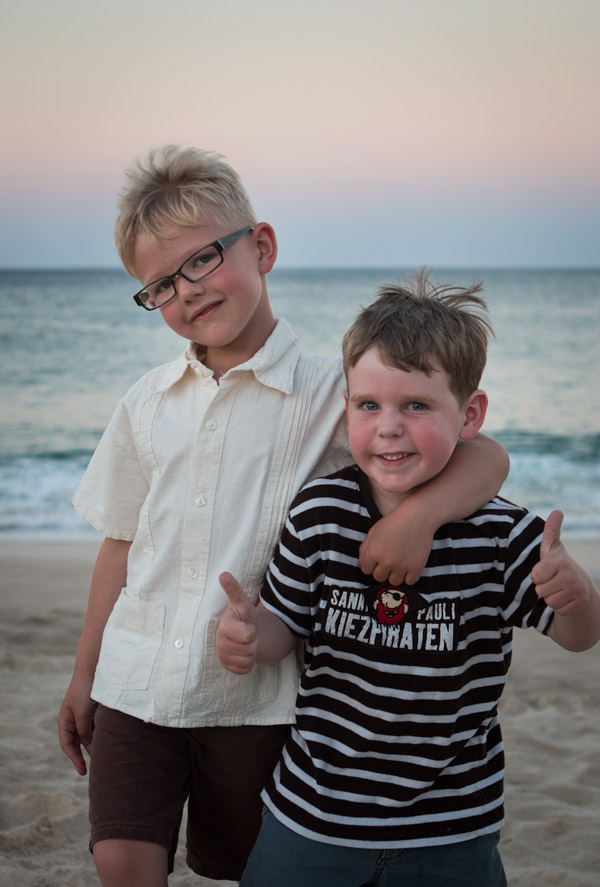 If you think Henry would be enthusiastic about sharing his dessert with “El Chivo” (aka The Goat, aka Dad-O, Consumer of Leftovers), well, you probably don’t know Henry. 😉 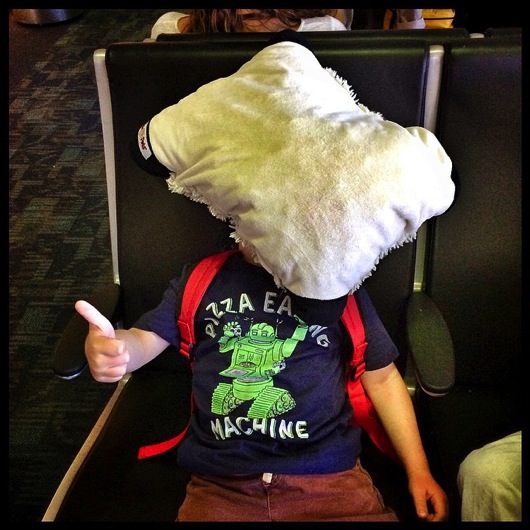 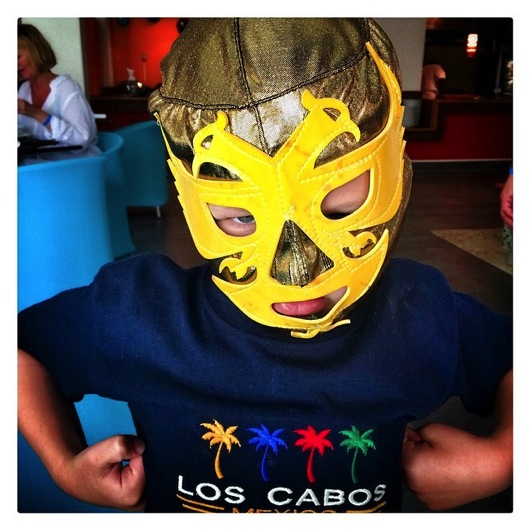 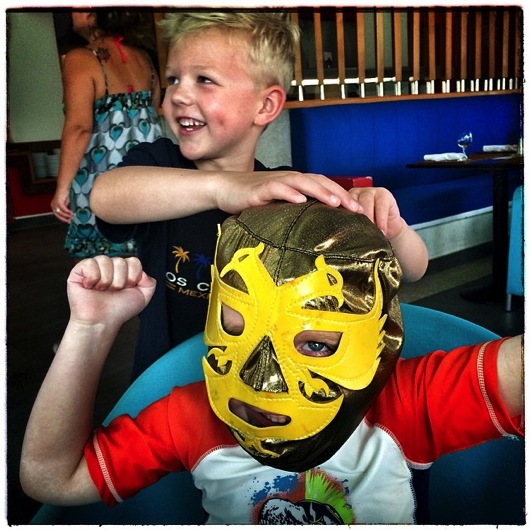