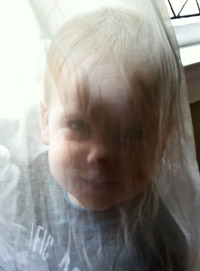 We’ve uploaded just a handful of photos (HTML) plus a little video showing our trip to the huge pumpkin patch at nearby Uesugi Farms. Note Finnbeard trying to master how to “glower,” later turning Henry’s felt candy bucket into a makeshift fez. 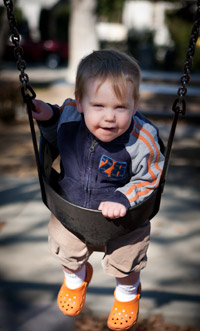 Happy Thanksgiving, everyone! We Nacks big and small had a fine turkey day. Dad-O started off the festivities by trying to stuff one of our little turkeys into our actual turkey (see pic in the gallery), which was met with lots of laughs.

Then we all headed out to the park for some sunshine and fresh air, since we were granted a rain-free, warmish day. The guys had a blast collecting acorns and playing in the sand. Henry was busy investigating the acorn “hats” while wearing his own acorn hat, and Finny was busy being the “pizza boss”, patting wet sand into a little tray-like container, and then “serving” us sticky clumps of sand pizza. G-man (dubbed “pizza boss baby”) got in on the action, and needless to say, both guys got totally wet and covered with sand in no time!

On the way home we passed by a pile of gigantic maple leaves, which were quickly put to use as wings by Finny in an effort to fly home rather than ride in the wagon. After nap time, it was time for the big dinner, and everyone found something to enjoy. Henry went nuts for the cranberry sauce, Finny for the gravy, and John and I for all of it! Enjoy the gallery (HTML) of today’s events!

[In the park we searched for in vain for a water-transferring container until Finn announced, “I have a great idea!” Without elaborating he took off running towards the fountain, produced an empty Doritos bag from the sand (it’s a classy park), and began filling it with agua. He also enjoyed chasing off some packs of pigeons, saying, “I don’t think they expected a pirate to attack them today!” –J.] 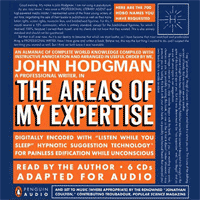 Just now in the basement, Finn asked me to tell the same story (about how Grandpa Liggett had sealed up the cat’s old escape hatch) again and again and again.

Update: Later in the evening, he spied me getting set to push Henry around the basement in a little wagon & said, “Can I do it?? I’m the expert!”–before proceeding to bonk the little guy (gently) into a wall. Apparently expertise is a fairly vague concept. 😉 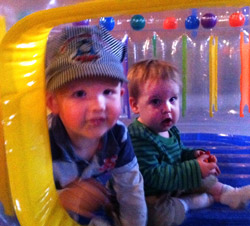 We’ve been hard at work upgrading our unfinished basement, with the goal of turning it into a super-fun rainy-day playground for the guys. We bought some big cardboard blocks that are good for building into towers and smashing into with a Big Wheel (or just a toddler running full-steam into them), and we’ve got all the Thomas train tracks set up.

The most exciting addition is the inflatable “Jump-O-Lene.” It’s a toddler-sized trampoline/bounce house/demolition derby ring where the guys can get their ya-yas out with gusto. To wit, the following video! Good times abound!

[The vid finishes with a duet of sorts between me and Finn, singing our custom version of Thin Lizzy’s “Jailbreak.” We sing about a “stroob (strawberry) break,” where in “The dad & Finn & little G-Man are gonna run around.” –J.] 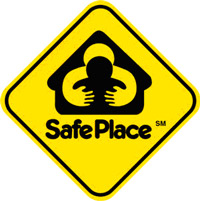 Lately Finn’s been throwing around some more advanced words (e.g. out of the blue: “I’m not going to have a meltdown today”), and I’m kind of charmed when he doesn’t completely grasp the details. A couple of recent examples:

Finn-O & Mrs. Vandi from our dentist’s office have a long-distance mutual admiration thing going on. She gets a kick out of the blog, and for a long time he’s enjoyed pretending to go to Dr. Vandi’s office, bringing them sandwiches (bits of blue electrical tape), etc.

Recently we kicked things up a big notch, as Dr. & Mrs. V sent home a treasure trove of floss, toothbrushes, and–oh yeah–little surgical masks! Check out our aspiring dentist-in-training as he gives me a cleaning (“You’ve got some dirty teeth, Dad-O!”; thanks for noticing, bud ;-P) in this little gallery (HTML). 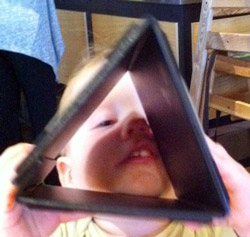 It’s sort of belatedly occurred to me that our parents, not being Facebook users, haven’t gotten to see the random “Mobile Ephemera” that we’ve been uploading on the go over the last year & change. So, Mom(s) and Dad(s), if you’re up for seeing some fun bits (everything from Finn modeling Mom-O’s boots to chubby-legged Henry meeting dinos at the doc’s), check this out. (You don’t need a password or anything.)

For our Facebook-enabled friends, as Gilda Radner would say, “Never mind.” 🙂

Heh–seeing this little cartoon, I had to think of G-Man:

The boy gets an endless kick out of putting progressively more enormous things (e.g. a new panda pillow that’s bigger than his torso) upon his head, looking at us with a smile, and proudly declaring simply, “Hat!” 🙂

Detecting “the Fruit of the Tollhouse” on my breath this AM, a bear-laden Henry started saying, “Cookie, cookie!!” As Margot says, “Double-fisting with bears, eating a cookie, and being held by Dad-O: it’s like a little guy delight sandwich!”

Here’s our happy fella moments ago: 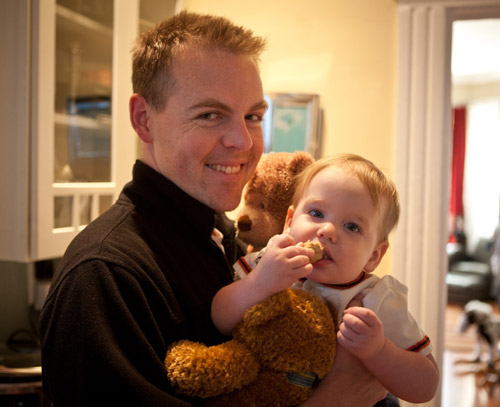 With rainy weather setting in, we’re spending a lot more time in our semi-finished basement. Gazing up at various pipes yesterday, Finn asked, “Did Jason the Mason [a bricklaying pig from Richard Scarry’s world] build this house?”

Finn paused for a second to think. “Did they drink the agua out of jars–pickle jars?”

I laughed my head off. Now Nicaragua will forever be the land of pickle agua, full of thirsty workmen slugging back jars of briny water. Maybe they’re big fans of “Delicious Pocket,” Finn’s phonetic rendering of neighborhood restaurant “Tlaquepaque.” And now that Henry has started imitating Finn & refers to his own Leo-style blankie as “Leo,” the Pickleaguans might with the boys a hearty “Vaya con Leos!” 😉

Both Finn and Henry are big fans of the iPhone/iPad app BeBot–a simple little synthesizer that shows a little robot pitching back and forth as you drag your finger around, causing him to “sing.” Henry has taken to carrying me the iPad while saying, “Bebop, Bebop!!” Anyway, this morning Finn decided to be the BeBot, requesting that we play his cheeks to make him whistle:

Courtesy of our neighbors Scott and Karen, who set up a Halloween photobooth on their front porch for all the trick-or-treaters. The guys were already coming down from their treat-induced sugar high! 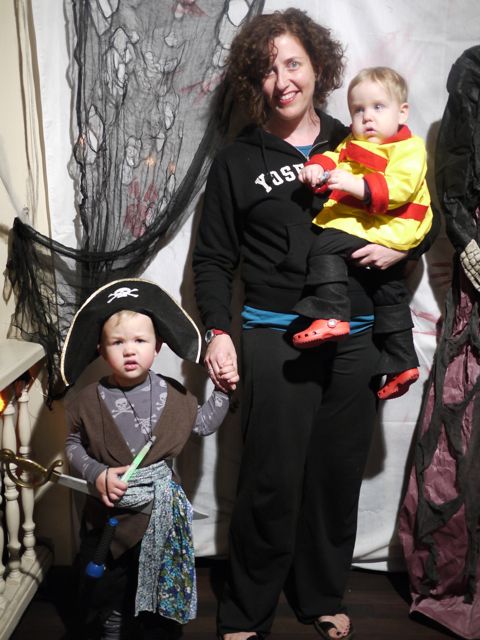 Apropos of nothing, our boys decided to experiment with a little techno-body modification on Saturday morning. (This is why Mom-O shouldn’t leave us alone together. :-)) 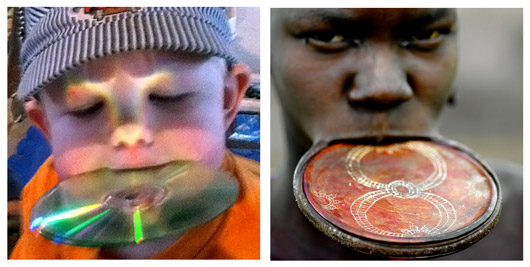