Each year brings a return of the giant (and growing!) Lego brickstravaganza held at the convention center in nearby Santa Clara. Here’s just a glimpse of this year’s gathering, in which the boys scored a few fun little pieces while seeing various friends:

No childhood would be complete without a nice baking-soda-and-vinegar volcano, and as part of their super fun times with Grandma Nack, the boys constructed one along with a whole set of Lego mining vehicles. Here’s a quick handful of shots (click any one to see it larger): 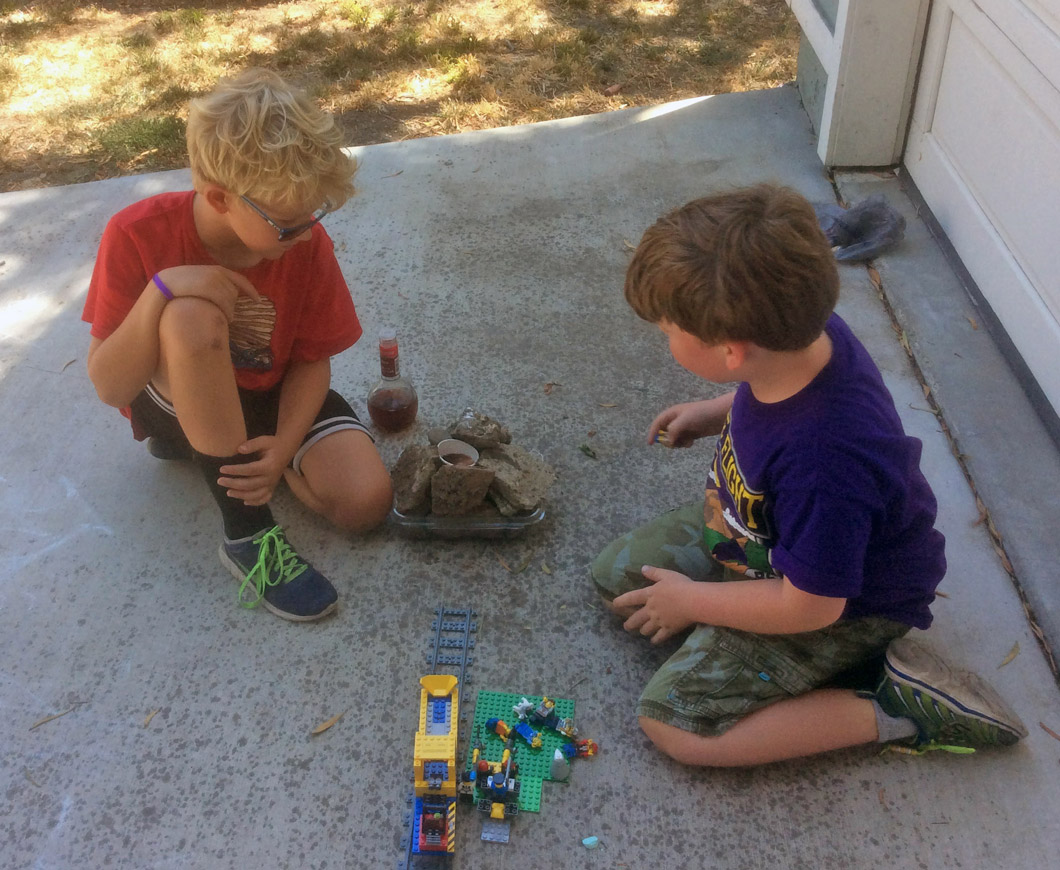 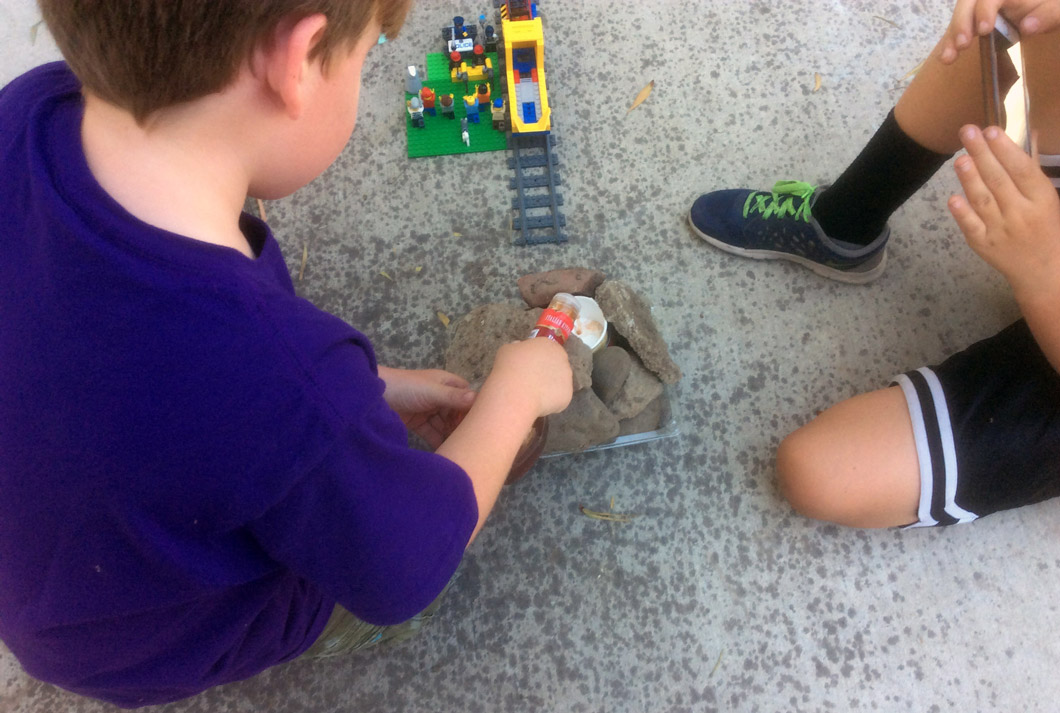 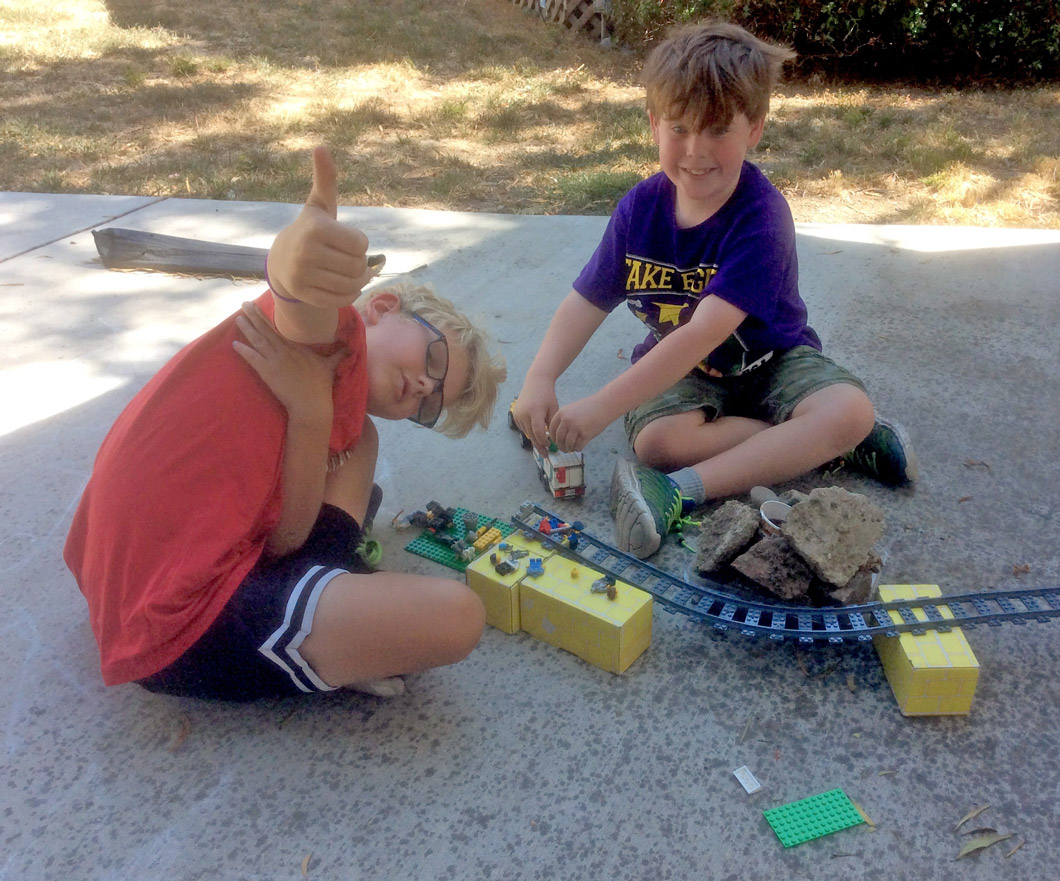 Last night’s pack meeting focused on physical fitness & challenges, including performing various long jumps, push-ups, and jumping jacks. Later the pack split in two to duke it out in a tug-of-war in which Team Micronaxx prevailed! (see below) That was just a warm up prior to all the kids teaming up to beat down the adults, though we suspect that their end of the rope just might have been tied to a pole outside. 😉

How would you catch it, then? 🙂

Idea by Finn, art by Hen. 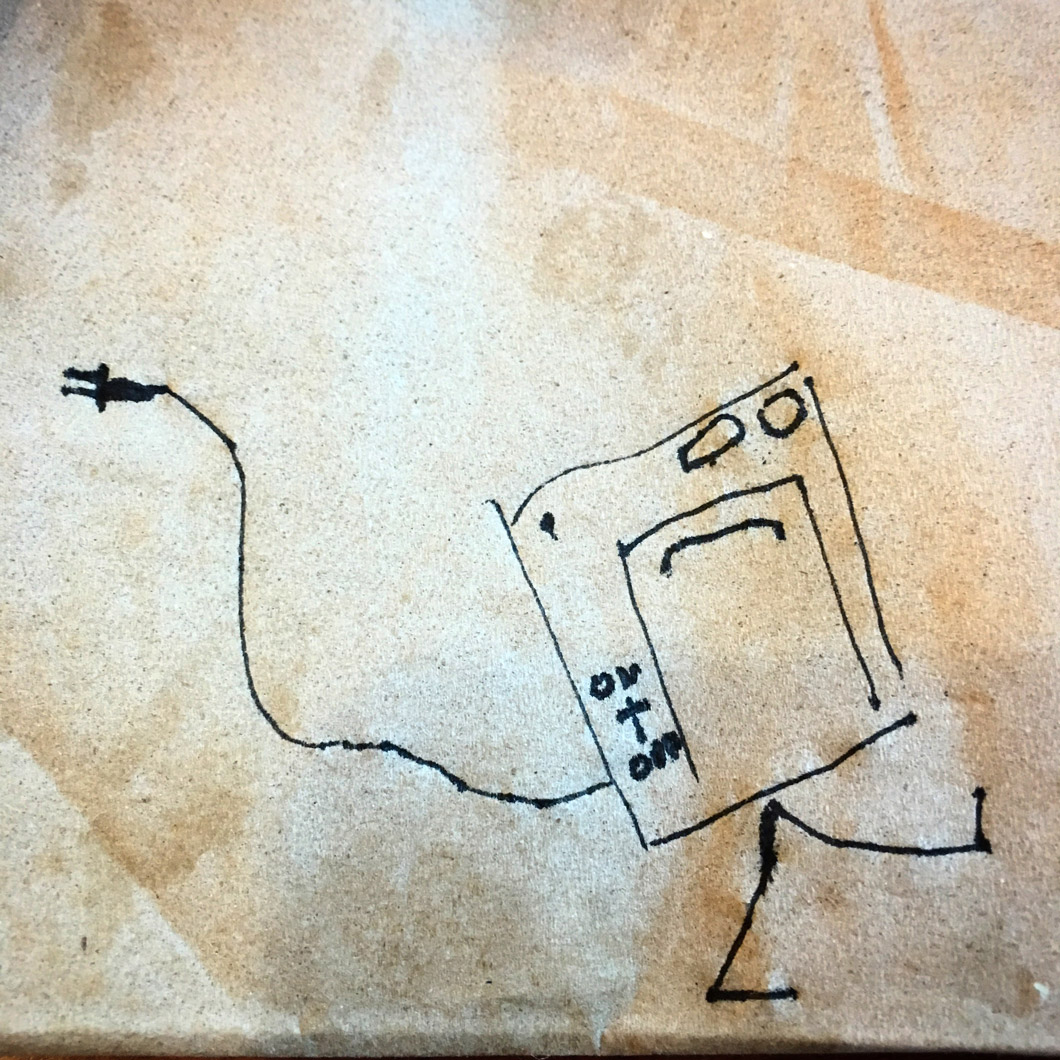 Another year at Steve & Kate’s Camp, another round of charming if incomprehensible stop-motion Lego vids from the guys. 😉 Note the “flying stick” effect, of which Finn is very proud: