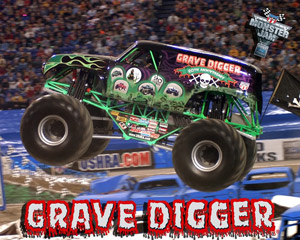 Finn’s explaining some grim tales to Henry regarding their “family” of plastic dump trucks:

The mom died last summer. The dad will probably die on a trip, so they’ll have to live with the grandma & grandpa. Instead of blood coming out, it’d be oil and gas. She went to Moffett Field when they were working on that big hangar, and it still had the skin on, and she got some bad chemicals. She ate a lot of chemicals, like fuzz & grass and stuff. Probably people will find her & make her a mummy & toss her in the air, then put her in a hole to bury her up. And the kids will say, “Waaaah, where’s our mommy??”

This isn’t the first time mortality has come up. A few months back poor Finny got tearful talking about death. Things got pretty heavy until he blurted, “A-a-and, we won’t get to eat any dinosaur meat!”