Who knows what got into the dudes this AM? Having gotten up early, I thought I’d sneak downstairs to do a little work—only to be intercepted by G-Man standing in the hallway at the bottom of the stairs. Both boys announced, “We’re ready for brutalizing!!” and demanded a little “sugar fuel” in the form of chocolate ice cream (a tiny dose of which I was happy to supply; hey, I grew up on Bill Cosby). Finn literally pumped his fist (below) over some buttered bread, after which we were off to his room for a solid half hour of wrestling (me: Doug the Dog; Henry: Doug Jr.; Finn: a dog named “Skateboard”). To borrow from the Marines, “We horse around more before 8am than most people do all day.” 🙂 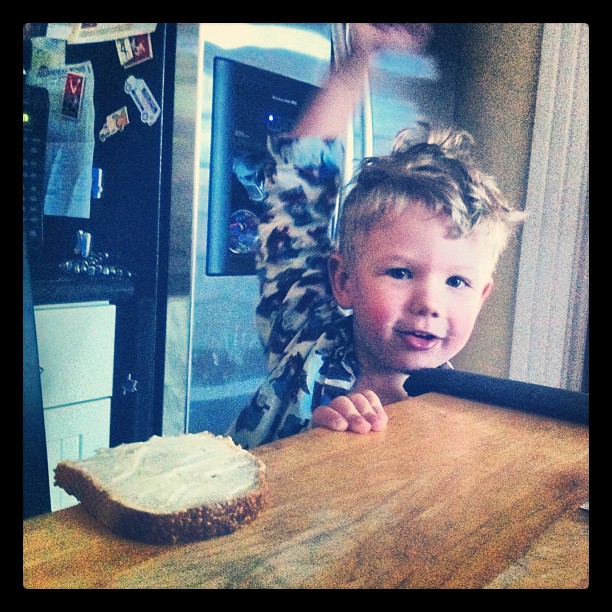