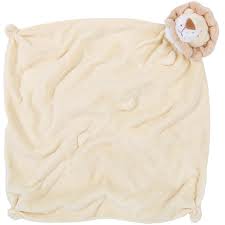 Given that Finny is over 5 years old, it’s sort of surprising that until last night, he’d never spent the night without his constant companion, Leo. As you know, we’ve spent those 5 years working diligently to ensure that Leo never got lost, which, in fact, worked a little too well and now Finny has 3 Leos in action: the Original Leo, and the two Leomarans, each of which magically appeared at some point.

Even so, there have still been many many cumulative hours logged looking for the various “lost” buddies – at home, in the car, in the basement, at preschool, etc. To prevent buds from being left behind, we’ve developed a standing rule for ourselves when buddies come with us on outings, which goes a little somethin’ like this: “Buds in the car, buds in the car. Lookin’ like a FOOL with your buds in the car!”

Well, yesterday, the boys flaunted the “buds in the car” law, and Leo was mistakenly left behind at our nanny’s four year-old granddaughter’s house. We did not discover his absence until it was almost bedtime, so after Finny had a brief meltdown (but I can’t sleep without him! I’ve never gone to sleep without sucking on his tail!!!), Yvonne called Jessie’s mom, who committed to bringing Leo back this morning before we left for school. I told Finny that Jessie would take good care of him, and Leo would get to enjoy his first sleepover, which is pretty exciting when you think about it!

I think Finny was so tired from a big exciting day with Yvonne that he fell asleep as soon as I turned out the light, snuggled amongst his other buddies. I didn’t hear a peep about Leo at all! And, as promised, Leo was delivered, well-rested and happy, to his ecstatic and grateful human companion, this morning at 8 a.m.